Occupying the grey zone between the living and the non-living, viruses form the most numerous types of biological entities on earth. Millions of types occur in the environment and they are part of all ecosystems. Their evolutionary origins remain unclear– some from plasmids and others from bacteria.

While they lack cell structure (a key characteristic of life), they carry genetic material in the form of DNA or RNA, reproduce and evolve through natural selection. Hence, they are called ‘organisms at the edge of life’.

Viruses lack their own metabolism and always require a host cell to make new products. While accepted life forms use cell division to reproduce, viruses spontaneously assemble within cells. They also differ from the autonomous growth of crystals as they inherit genetic mutations. Recognised as pathogens, viruses play myriad roles in human life.

Displaying a wide variety in shape and size, viruses are much smaller than bacteria with a diameter between 20 and 300 nanometers. Most cannot be visualized by optical microscopes and can only be seen through scanning and transmission electron microscopes. Staining is used to visualize finer details.

A complete virus particle is called a virion, consisting of nucleic acid (DNA/RNA) surrounded by a protective protein coat called a capsid. Some viruses contain an additional protective lipid membrane derived from the host cell membrane.

Four main morphologies have been described –

Depending on the type of nuclear material they possess, they can be classified as DNA or RNA viruses.

An important feature of viruses is that they can undergo frequent genetic mutation. This can occur due to the following phenomena:

The replication of the virus within the host cell has the following stages:

The virus may be released either by lysis of the host cell or may insert itself into the genome of the host cell when it is called a provirus. This provirus replicates whenever the host cell divides and may remain silent within the host until it forms an active virus.

Viruses are classified based on a combination of two systems:

Viruses can infect all types of cellular life, but specific viruses can infect only a limited range of hosts. However, owing to genetic alteration, they are also capable of jumping species resulting in novel infections, such as the 2019-nCov. 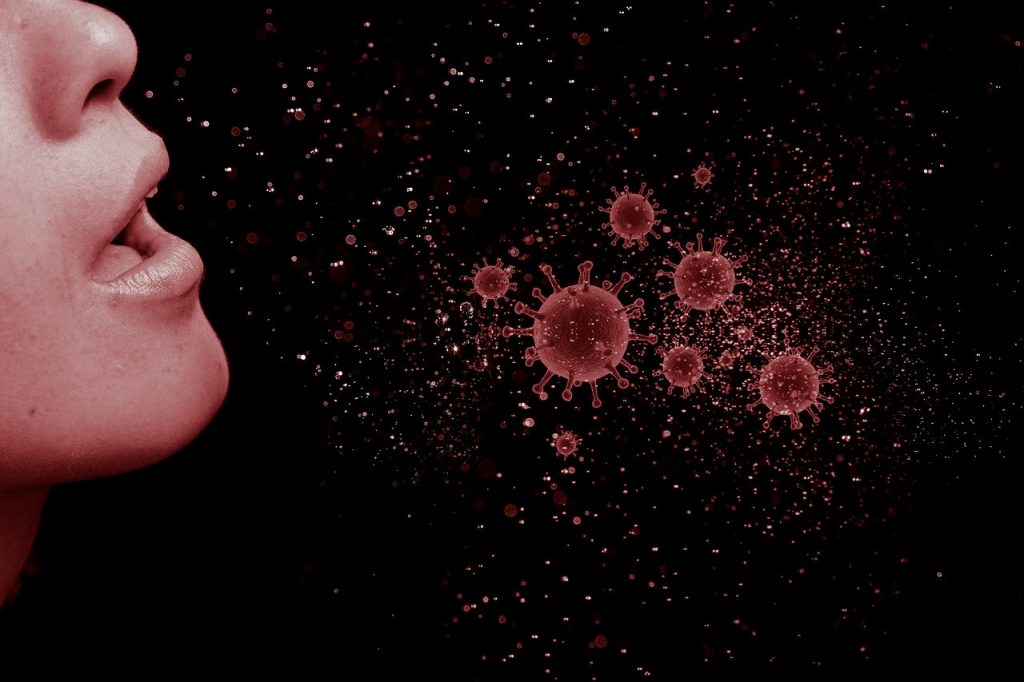 Viruses can be transmitted vertically i.e., from mother to offspring or horizontally from person to person. Horizontal transmission can occur by various means. The methods of transmission are:

Contagiousness refers to the ability of a virus to be transmitted from one person to another. This can be of varying periods depending on the infecting virus. An incubation period refers to the time between exposure to a virus and the emergence of symptoms. It need not be the same as the contagious period.

When viral infections cause an unusually high proportion of cases in the population, they are called epidemics. When epidemics spread across large regions like multiple continents or across the world, they are termed a PANDEMIC.

A viral infection is also known to increase the risk of certain cancers because they insert themselves into the DNA of the host and thus, increase the rate of mutations in the host. Common viruses increasing the risk of cancer include:

The first line of defence against a virus is the physical barrier presented by the intact skin and mucous membranes with their innate secretions like the saliva and nasal mucous. In addition, most cells have a biochemical pathway called the RISC complex which degrades viral m RNA. Rapid response is also seen by production of Ig M which rapidly degrades a virus. IgG which develops later provides longer-lasting immunity.

However, some viruses can evade the immune system by antigenic shift, evasion of natural killer cells, sequestration and cytokine resistance. Neurotropic viruses may be disseminated via the nervous system where the immune system is unable to act.

Vaccination is a cheap and effective way of preventing viral diseases.  They may contain live weakened strains of the virus, killed virus or viral proteins. These vaccines can cause an appropriate immune response without causing full-blown disease. Subunit vaccines are produced using only the capsid proteins and are thus safe to use in immunocompromised patients as well.

A disease which passes from an animal or insect to a human is a called a zoonotic disease. Most zoonotic viral pathogens are not readily transmissible from humans to humans but, they acquire certain genetic adaptations for human infection and human to human spread. Some adapt so effectively that they become exclusive human pathogens. Good examples are measles and influenza viruses. The currently defined viral zoonoses are mainly from RNA viral families like Orthomyxoviridae, Reoviridae Flaviviridae and Togaviridae. Birds including chicken, ducks and other wild waterfowl have been incriminated as the reservoirs of zoonotic viral disease resulting in epidemics of influenza and SARS around the world.

The ongoing COVID 19 pandemic is a zoonosis with bats as the wild reservoir.  Early identification and diagnosis of viral zoonoses are of great importance to treatment, containment and public health control. Early identification of perturbations in the ecosystem with die-offs of wild or domestic animals is critical for prevention and control.

Viruses are important for the study of genetics and immunology. Virotherapy uses genetically modified viruses to treat diseases, especially malignancies. Such reprogrammed viruses are called oncolytic viruses. Viral genomes can be synthesized de novo and the first synthetic virus was created in 2002. Viruses are used as vectors to introduce specific genes into cells to study the effect of introducing a new gene in the genome or the effect of the production of a foreign substance on a cell. Using bacteriophages (viruses which infect bacteria) as antibacterial agents is an emerging trend as many bacteria are now resistant to multiple antibiotics.

Thus, organisms in the grey zone between the living and the non -living influence the world of the living in more ways than we can imagine.

Confessions of a Virus: A View From The Other Side

Cinemedic: Portrayal of the Medical Profession in Bollywood