When we visualize robots, a few different things might come to mind. Some picture the friendly Japanese robot that greets you with a smile, while others may think of the army of emotionless humanoid bots made popular in Will Smith’s, “I Robot.” To me, nothing is more apt than the evil and indestructible red eyed Terminator, portrayed by Arnold Schwarzenegger. In reality, the majority of today’s robots are rows of robotic arms found in massive factories, employed as cost and labour-saving devices.

The human body has been gifted with 5 major senses, through which we interpret our surroundings: Vision, Touch, Hearing, Smell and Taste. Our sensory organs pick up stimuli which the brain combines to create a comprehensive mental model of the world. The first useful robot was a robotic arm created in the 1950s by George Devol, an American inventor. In less than a decade, it was sold to General Motors, who incorporated it into their factory where it was used to lift hot objects.

These primitive robots had little need for sensors, as most of their actions were preprogrammed into their memory. The latest robots are fitted with a host of sensors, the data of which is used by software and Artificial Intelligence to enhance their capabilities. Let’s take a closer look at the state of the art in sensory robotics.

The Rise of Androids 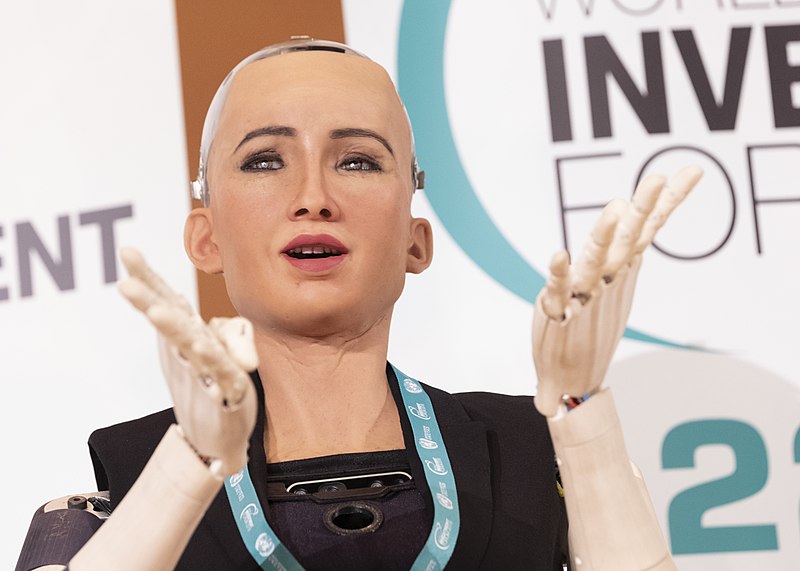 Imagine a future where the full potential of the above robots has been reached. You would walk to your car and sit in the back seat upon which it would drive itself and take you to work. At the office, instead of you actually doing the work, you would supervise the robots under your command and help fix them if something goes wrong. At least initially. It is not out of the question for a robot to be developed which could design and fix other robots, making the human at the workplace altogether obsolete.

The main obstacles in todays robotics are cost and dexterity, both physical and mental. These challenges can be overcome given enough time and money. This might give rise to a ‘Post-scarcity civilization,’ one where we could all live comfortably without having to work, a technocrat’s utopia.

This future is certainly not guaranteed, and technology may end up creating more jobs than it eliminates, as has been happening over the last century. We should be both hopeful and wary of the promise of robotics, to ensure a secure and happy future.

Dr. Akash Lobo is an MBBS graduate from Mumbai. He enjoys reading and doing research on a variety of subjects. Through his work and writing he aspires to have a positive impact on the world.'