PLANNING YOUR OWN FUNERAL

“Everything that has a beginning, has an ending. Make your peace with that and all will be well.”

Funerals and deaths are the terms that we desist from having thoughts on, because as -Indians we strongly believe in the manifestation of thoughts. It is believed that thinking about death may bring us closer to it.

I too have never been encouraged to talk about death. And not just death, but even talking about practical issues and decisions like registering for organ donations after your death are considered inauspicious in my family. Once while discussing about organ donation, my mother hushed me by saying that this is not something I should think about now and that I should only focus on living. This was strange because she was the one who had told me when I was young, maybe just 7-8 years old, that she wanted to donate her body after death and I must take care of her wish. Isn’t it hypocritical? But unknowingly we all do it, we all hush people close to us when they are talking about their deaths.

In this context, can you imagine what would you do if any of your family members were busy planning their own funeral? For me I will be freaking out because we don’t do it here, we just don’t have that culture, we are always taught to not talk about death. When just talking about death is such a taboo in our society, how can we expect that anyone would be comfortable doing preparations for it in advance. But in western countries, planning your own funeral is not just a concept but a reality.

People who are death positive believe that it is not morbid or taboo to speak openly about death. They see honest conversations about death & dying as the cornerstone of a healthy society. We have a death positive generation around us now. A major shift has been seen in western countries as organization’s have come up to create awareness about funeral planning and educating people about death preparedness for themselves and their loved ones. The concept of assisted death has also become popular nowadays. The whole concept of assisted death revolves around death with dignity and what is known as good death. But is a good death complete without a good funeral? So when a person can plan his/her death, the question of planning the funeral becomes a natural consequence. According to a literature review on Defining a Good Death, one of the sub themes is: Preparation for death (e.g., advanced directives, funeral arrangements). It also allows them to make sure that their spiritual demands are fulfilled at the end which is a major component of funerals.

There are two approaches towards death and thereby funerals: religious and humanist. The religious approach revolves around the concept of reincarnation that views death as a beginning while the humanists believe that death is a natural and inevitable process, viewing death as an end. In Hindu culture, the funeral rites are done by the eldest son, all the male family members get their heads shaved to signify bereavement and cleansing and the funeral ends on the thirteenth day when everyone gather to offer a blessing to the deceased in order to show gratitude for acts of kindness that they received during his/her lifetime. The whole religious approach emphasizes on giving respect, gratitude and love to the dead, on sending them on a new journey/ beginning and on remembering them forever in our hearts.

The humanist approach is very different, it only focusses on celebrating the life of the dead, it does not promote mourning or specific rituals. But it is also about giving sympathy, respect and acknowledgement to the dead. People gather to share their experiences about the person or any poem or tribute to their life. This approach is popularly accepted by a lot of people these days, nobody wants their loved ones to grieve after their death but instead remember them happily.

Even though the broad concept of all funerals is the same, we all have our own ideas about how we would be like the last rites to be, and who should be informed and called and what will be done during the funeral. For Christian it is about the funeral service while for the Hindus maybe it is about the place where the last rites should take place. Everyone may have a certain expectation about how his/her funeral should be. And the best solution to expectations is fulfilling them yourself. So why not plan your funeral on your own, why depend on others to fulfil our wishes after we die or why bother our loved ones with arranging everything when they are already grieving? 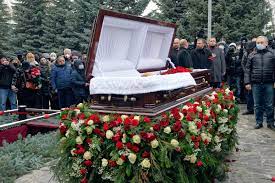 People have always shared their wishes about their last rites with family and friends or have added it in their wills. But now more and more people are making elaborate plans for their own funerals.

There are organization’s that listen to your needs and expectations and do it after you die. Anthyesti is one such funeral service present in India where you tell them about how you want the last rites to be and they can arrange it for you and your family after you are gone. They give you the option of making financial arrangements in advance too. This unburdens your family and lets them grieve and recover from the loss in peace. There are many other funeral service companies who can help you with preplanning. A pre-planned funeral saves everyone from facing immense responsibility at a time when they are going through the biggest loss. Critically ill patients who don’t have any hope of recovery, can plan their funeral. This can give them moments of control over their lives and the surroundings. It can be taken as a good way of keeping oneself engaged and away from the gloom that comes with being idle and helpless.

Another unorthodox but new trend is pre funeral, a funeral before you die. While reading through the book ‘Fault in Our Stars’ I was very moved by the pre funeral that Augustus asked his family and friends to arrange for him. It is a heart-breaking point, but I personally adore it, the idea is very moving. It is difficult for the family, but it also prepares them more for the actual day of loss. We don’t usually have such funeral services where people come and share their feelings about the person and how important they were for them, that is why organizing a pre funeral in the Indian scenario is quite unrealistic. But still the idea of knowing what people think about me before I die is very fascinating.

So lets begin by, changing our outlook towards death. Lets be more open in discussing about it. Whilst discussing funeral planning, we must also start making space for discussions about organ donations and making wills. This is a topic which is neglected very subtly but can change a lot in the overall perception of society and beings. These discussions might bring families closer by forming a deeper understanding of each other. Understanding what a person is expecting after death, can give an insight to what they are seeking in life.

Planning your own funeral can be like a last gift from the dying person to himself and his family. A pre-planned funeral can make you feel satisfied and also save your loved ones from the suffering of decision making during a emotional and stressful time. And finally, let us remember this quote from the Bhagwat Gita-

Can I Plan My Own Funeral in Florida?