In a land steeped in divine sound, where the scriptures themselves are referred to as the songs of the Divine One, where each chant is set to the eternal thrum of the Universe, it is not surprising that we Indians embrace music as wholeheartedly as we do our zest for life. Call us noisy, call us loud, but every turn of our lives inculcates music–be it lullabies sung at naming ceremonies or dirges at funerals.

A PEEK INTO THE PAST

Music therapy in India has its roots hidden in the hoary past of the Vedic Age, where Ayurveda first prescribed music as therapy. The literature on this can be traced back to the 4th century BC in the form of an ancient text called ‘Raga Chikitsa’. Further reference is found in the 16th century with Swami Haridas being a noted proponent. Ancient collected works on music therapy are seen in the Thanjavur Saraswati Mahal library and attributed to King Shahaji (1648-1671). With such rich traditions and lore, it is but natural that classical Indian music finds its place in therapy in the modern world.

THE SCIENCE BEHIND THE ART 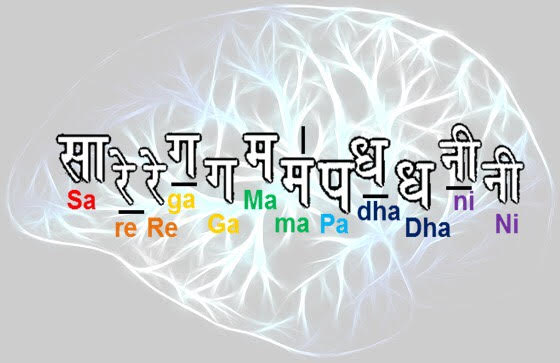 Indian classical music flows in two rich streams–Hindustani and Carnatic in the North and South of India respectively. While rhythm, tempo and pronunciation may differ considerably in the two styles, they have a common base in ‘Raga‘ and ‘Rasa‘.

Ragas can be described as arrangements of notes or tones in a particular order creating melodic movements to a single line of tune. It is here that Indian music differs from its Western counterpart as it does not use harmony with several lines of melody.

Listening to these Ragas, rendered either vocally or by instruments gives rise to ‘Rasa’ or feelings in both the performer and the listener. Rasa thus is a mental or emotional reflection to what is heard. The eight basic Rasa are based on the eight basic emotions –love, laughter, compassion, heroism, wrath, fear, disgust and sorrow. These emotions are deeply related to the seven notes and form the basis of Indian music therapy.

The emotional effect of a Raga is determined by the frequencies of the notes that form the tune and are independent of the lyrics.

Indian music therapy is highly subjective and geared to meet individual needs. A therapist can use swaras tailored to the patient’s needs and thus elicit the desired response or outcome. Listening to the musical rendition affects the thoughts and mood of the patient. The reaction to the music one listens to is both the primary effect of the notes and their arrangement as well as the secondary effect of the thoughts and moods provoked by the primary reaction. In ancient Hindu literature, this effect is described as an offshoot of the ultimate reality which lies outside the physical realm. Indian music therapy thus again differs from its Western counterpart in its focus on deep religious feelings.

The backbone of classical Indian music therapy is formed by Nada Yoga and Raga Chikitsa.

In Indian philosophical practice, sound is intrinsically related to consciousness and the term ‘Nada’ implies the flow of consciousness. Nada yoga exercises address the chakras or energy centres of the body by means of natural sound vibrations in the breath and also through certain frequencies produced by certain instruments. It encompasses various forms of practice from chanting in the praise of the divine to purification of mind energy. These methods provide multiple options to formulate an individual treatment plan.

Since Ragas are unique sets of selected notes, they provide immense potential for improvisation and creation of desired effects. Also, the emotions they evoke can be changed with a shift in the emphasis of notes and thus produce multiple therapeutic effects and are therefore suitable for emotional healing. 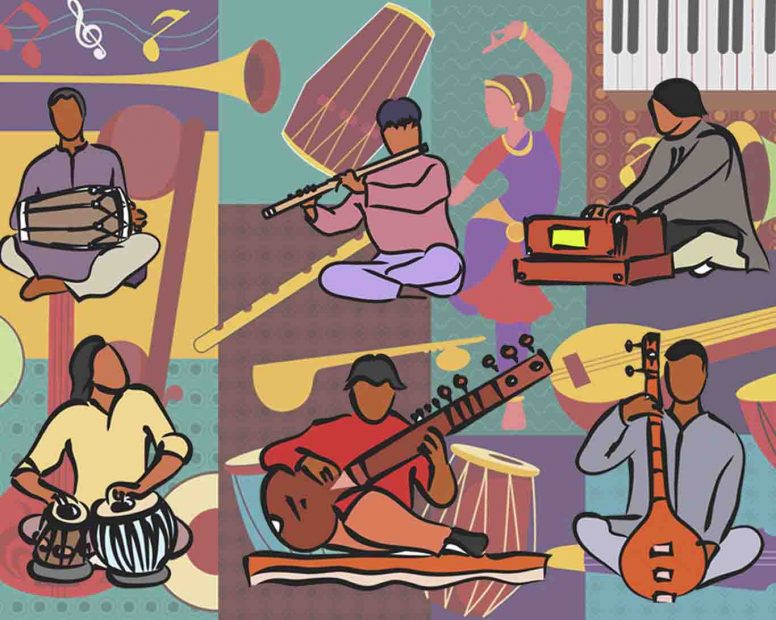 Specific Ragas are said to have beneficial effects when used as adjuvants in the therapy of certain ailments. A few examples are given below:

While one cannot consider Indian classical music as the proverbial cure for all ills, certain proven therapeutic effects are listed below:

While classical Indian music therapy still warrants a lot of research to establish all its purported benefits as opposed to its Western counterpart, several institutes like The Raga Research Institute in Chennai and a few others in Delhi, Hyderabad, Mumbai and Lucknow under the aegis of the Indian Music Therapy Association with reputed therapists like Stuti Chandok, Meenakshi Ravi and Nitya Ravindran are putting in stellar efforts to create a portal where ancient wisdom sees the dawn of a new day!

In the words of the renowned music composer A.R.Rahman, “Music is all about transporting people; speaking a language which languages fail to express”.

Homodeus- A Brief History of Tomorrow

Is Increasing the Marriageable Age for Women Going to Impact the Country?