Men seem to have got everything very easily but maybe it’s not the same with accepting your mental health issues. Even in the 21st-century, men go through the problem of being judged for expressing their feelings, as a result of which all their feelings are usually bottled up, leading to a lot of problems. In a time when mental health awareness seems to be a trend, what can be the cause of being stuck with old perceptions and thoughts for men? And do men really go through these issues or is it just an exaggeration?

‘Don’t cry, boys are not supposed to cry.’

Despite being a girl, I have heard this statement so often that it is almost unimaginable how many times boys and men have to listen to it. Crying is a way of expressing your emotions but most people look at it as a sign of weakness. Since time immemorial, despite various cultural and social differences, there is one idea that remains the same throughout the world and that is ‘Men are not supposed to be weak’. As a result, men have always been taught to hide their emotions and move on.

But do they really move on?

We all agree that the world is changing and so is the kind and intensity of stressors. Not one but the entire mankind is affected by it. But the increasing stressors and our coping mechanisms are not growing at the same pace. So it’s even hard for the ‘brave’ and ‘strong men’ of our society.

I remember having a conversation with a girl a few weeks ago who was stating how difficult it is for women to achieve what they want while it’s a cakewalk for men. But her teacher had a completely different opinion. She had said “I agree that we don’t get things easily but have you imagined what all a man has to bear? You can run to your family at any stage of your life for emotional and financial support. A man cannot do that, he is judged as a failure if he asks for help and is always looked down upon.”

It was a conversation that started from nowhere and taught gave me a lot of perspectives. That’s when it struck me how our society considers a man speaking about his problem as ‘weak’. It’s sad that men need to find alternatives to talk and cope up with their problems.

It is shocking that in our society, being an alcoholic is considered stabler than a man who seeking help for his problems. The general perception is that a man is supposed to be aggressive and tough, which are basically the characters of ‘Toxic masculinity’. This pressure to be strong and able to manage everything prevents them from opening up, resulting in their feelings remaining bottled up inside them. This often causes all sorts of stress, anxiety and depression. While learning to support their families, men begin to forget that it is okay to need and ask for support. 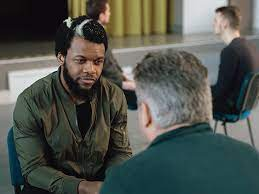 What Do the Statistics Say?

Being a less discussed topic, it is always considered that there are not many cases of men with mental health issues. It might seem like an exaggeration but the studies show otherwise. As per a study conducted in Europe, one in eight men is expected to have common mental health problems. These problems usually remain unaddressed and mostly, this is the reason why the suicide rates are high in males. The numbers are very alarming if we see the reports and researches.

According to the data collected, around 90% of patients diagnosed with schizophrenia at the age of 30 are males, 5 in 10 men suffer from anxiety and related disorders and men are considered more vulnerable to bipolar mood disorders.

Men are also prone to eating disorders just like women which are triggered by their aims to achieve the desired physique. In 2018, around 250 Indian men committed suicide every day and this number was almost double that of women.

The scenario of men and their perspective towards mental health is more or less the same around the globe and the statistics prove this too. But do we have a solution for this problem?

Do We Have a Solution?

To address mental health issues in men, it is very important that we provide everyone, men and women, with a safe space to discuss their feelings. Men have been brought up with the expectations to be tough so the first and the most important step to do is spread awareness to change the general perception of people.

It is vital for men to realise that opening up is a difficult task and that doing so won’t make them appear weak. Most men believe that if they were taught to share their problems as kids or received mental health-related education, it would be way easier for them to talk and share their feelings. 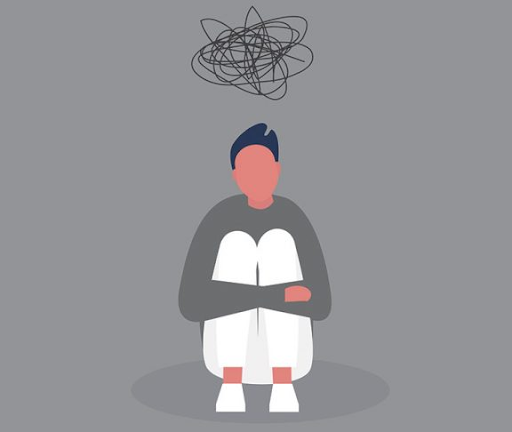 From discussing stigmas to solutions we have repeatedly come across the problem of wrong ideologies taught to society in general. Another important factor has been the burden of taking care of family, finances and ambitions.

Keeping all this in mind, we can say that the present scenario seems to show a promising future for building a safe space for men too. Today, with a lot more awareness about mental health, plenty of platforms where men can discuss their problems in private, and mental health being added as a part of most of the curriculums–people are getting out of their conservative mindset.  With women getting more financially independent, the burden of the family also seems to divide, making things a bit easier for men. Although this doesn’t mean that the problem is solved, it just indicates that maybe we will be able to handle these issues in a better way now.

Men need to ‘Man Up’ against their mental health problems and become more open to discussing what they are going through. If not for yourself then for your sons, because if men won’t stand today and speak up about their problems then maybe tomorrow their kids will also have to bear the same guilt and fear in opening up. A man is supposed to provide safety to their family and seeking help would do the same, it will keep you healthy so that you can take care of them. It would also break some stereotypes so that your son won’t have to go through the same alone, for the fear of being judged.

Just remember it takes courage to open up and it can do wonders!

This International Men’s Day, let’s pledge to make this world a safer, happier and easier world for the men in our lives!