“Meissenware is not something one props up casually on the mantel (God forbid!) or slurps soup out of.” 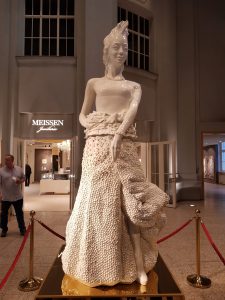 Gazing into the display case, I rub my eyes in disbelief. A teeny-tiny white flower-shaped pendant, smaller than the nail of my pinky finger has a price tag of 300 Euros (over INR 20,000). Further ahead is the cheapest item here – a tiny blue and white porcelain ball-shaped pendant with a tag of 150 Euros. From here, the prices have no way to go, but up. Vases with stately curves and elegant curlicued handles, lifelike figurines of varying sizes featuring children, animals, dancers, etc., delicate painted dinnerware and crockery; all with staggering prices, running to thousands of Euros each (lakhs of rupees). This was the showroom-museum of the world-famous Meissen factory, after all, whose end product is on the top of the monetary pyramid of exorbitant porcelain along with Ming china and Sevres. 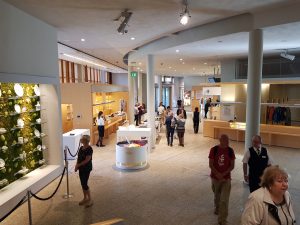 Ownership of Meissenware is, needless to say, synonymous with wealth.

Since the past 300 years, emperors, princes and modern-day billionaires alike have eaten off Meissen dinnerware, displayed their Meissen collectables in their mansions and gifted Meissen objectsd’art to those they wished to impress. Museums across Europe have Meissen figurines and vases proudly displayed in their rooms. To have a Meissenware heirloom bequeathed to oneself by some elderly relative is considered a fortuitous windfall (families have frequently been engaged in bitter legal battles over this). Sotheby and Christie’s have Meissen pieces going under the hammer (not literally haha!) with impressive sums exchanging hands.

Obviously, for the hoipolloi, Meissenware is not something one props up casually on the mantel (God forbid!) or slurps soup out of. To be honest, at those prices, one would want to prefer to wrap it in tissue paper and safely lock it up.

Meissen, the site of the manufactory, is a picturesque town in Saxon Germany and is synonymous with the porcelain it produces. The visitors’ section of the manufactory has multilingual tours, designed for tourists like us, starting with the history. We learn that prices of imported Chinese porcelain were so alarmingly high and the craze for acquiring it so rampant that it prompted King Augustus of Poland in the early 1700s to seek a cheaper (ironic, is it not?) local alternative. Part of the reason for this was because it was believed to change colour on contact with poison (making it indispensable to tyrants and landed gentry fearing assassination attempts). The diabolical king then made a head start at cost-cutting and proceeded to imprison some unfortunate alchemists until they succeeded at the task! After some initial hiccoughs, over the next few decades, the signature glazed hard white porcelain with its artistically painted court scenes, animals, flowers and landscapes evolved.

The tour includes a live demonstration by skilled artisans. The clay which is a mixture of kaolin with other ingredients is prepared, then pressed into moulds until they dry. After removing from the mould, additional finishing of pieces is done by hand and then fired in special kilns up to 1400 degrees Celsius. Painting of pieces is done by hand with special paints (at times this may be gold) and colours (including the classic Meissen blue) before a second firing is done after which it attains its almost miraculous classic glaze. As the clay hardens, it also shrinks by about 20% making it hard and non-porous. Each piece requires hours of painstaking work. For example, a statuette may take a week or even more to complete, depending on its size.

Every single piece, before firing, is marked with the classic blue crossed swords Meissen-mark the proof of its provenance. Interestingly, the Meissen factory has a repository with thousands of moulds, some of them hundreds of years old and still used for the making of pieces today. In essence, a particular statuette or vase can be the same in dimensions to one made, say, two hundred years ago. For example, the Blue Onion pattern for tableware has been in production since 1760. The composition of the raw material is a closely guarded secret for obvious reasons.  An artisan in the workshop let us hold a tiny ballbearing sized piece of clay momentarily ( A full Meissen minute..haha ) before firmly asking for its return. 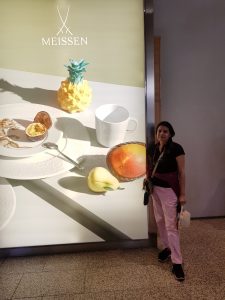 Notwithstanding the painstaking attention to detail, the emphasis on artistry, the staggering man-hours required to produce a single piece as also the three centuries of tradition, we file out of the tour still baffled and somewhat dazed by the astronomical prices of the products on display. Walking past the open shelves stacked with ceramic crockery on sale at ‘reduced’ prices on our way out, we are doubly careful to keep our bulky haversacks and pointy elbows safely in the lee of our bodies. One false move and the resultant toppling of the display could send us into some serious debt with the manufactory, to be paid back over the rest of this life (and perhaps the next)!

P.S. Anyone reading this may want to dust off that old porcelain tucked away in a long-forgotten corner of a cupboard, and look closely for the blue crossed swords at the bottom, who knows, you might just be the proud ( and lucky ) possessor of a piece of Meissenware.

THE DRUM MAKER OF AVANOS 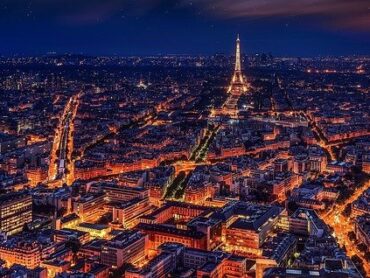 Paris, the capital of France, is considered one of the most romantic cities in the world and is a popular. Continue reading 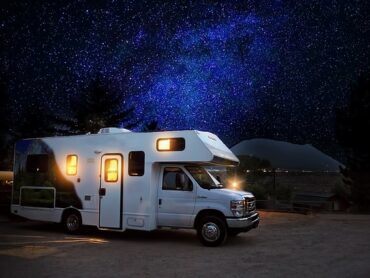 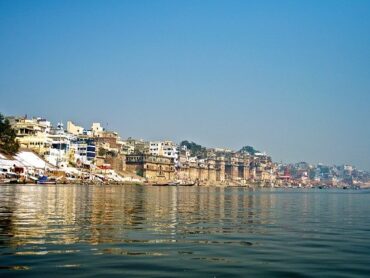