Human Immunodeficiency Virus (HIV) was first identified in India in the late 1980s among a certain population of people known as HRG’s (High-risk groups) which included female sex workers (FSW), transgender community, men having sex with men (MSM) and Injectable drug users (IDU). Following this discovery, the National Aids Control Programme (NACP) was set up in India in 1992. One of the major highlights of this programme was its focus on Targeted Interventions(TI) to combat the HIV epidemic in the country. 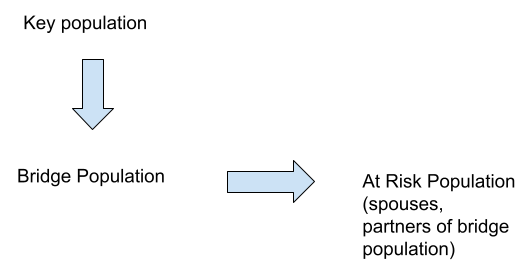 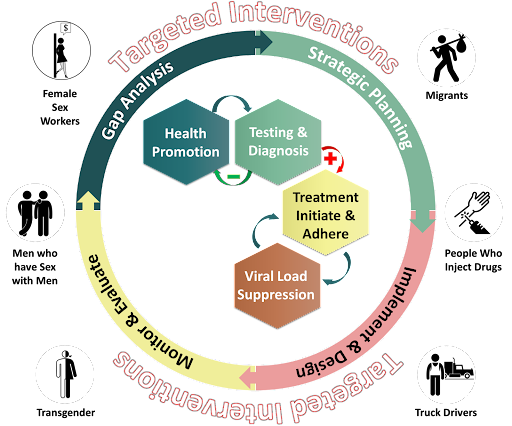 In 2020, the world as we knew it ceased to exist when we were ravaged by a novel virus, the SARS-CoV 2 coronavirus. India announced strict lockdowns to curb the spread of the virus. All non-essential establishments were to be shut and travel was severely restricted. State and national borders were sealed and gathering of crowds of people was prohibited.

People living with HIV (PL-HIV) faced incredible challenges in accessing services previously available to them as a consequence of these new rules. A Lancet study inferred that care-seeking and new enrolments for HIV services would drastically reduce as would the facilities for treating existing clientele. Another study estimated high levels of anxiety among PL-HIV due to the COVID-19 induced pandemic and reduced access to services. This was a worldwide phenomenon and a massive setback on the road to achieving the Sustainable development goals (SDG’s) of 2030. The UN-AIDS had set a bold target to end the epidemic of AIDS by 2030. To achieve this ambitious goal, they set up the ‘Fast Track Strategy’ and set some intermediate targets to be attained by 2020. Understandably, these targets suffered a major blowback and it may take a while to get it back on track.

India’s Efforts to Tackle HIV During the Pandemic

However, all hope was not lost. The US CDC, along with the Mumbai District Aids Control Society (MDACS) and National Aids Control Organisation (NACO), developed ART Mitra – an interactive voice response system to follow up on patients afflicted with HIV and offer guidance on the closest centre to refill on Antiretroviral Therapy (ART). Some of the steps undertaken by MDACS included the supply of multi-month packs as opposed to monthly packs to reduce the number of in-person visits, monitoring of missed appointments and publicity of the ART Mitra interface to raise awareness. The interface would recognize the location of the patient and redirect them to the nearest centre for the collection of ART.

NACO reached out to State Aids Control societies and recommended certain guidelines for service delivery. These included multi-month ART packs, condoms and opioid substitution therapy. Moreover, the supply of Raltegravir, a third line pharmaceutical agent, was on hold since it was manufactured in China and national borders were closed. A community pharmacy in association with a pharmaceutical company in Maharashtra initiated the production of this drug, and NACO’s new guidelines encouraged a shift from a Raltegravir-based regimen to a Dolutegravir regimen. Some NGOs like the Human Touch Foundation recruited volunteers to deliver ART medication at home along with requisite groceries.

Dr Harshvardhan (Former Union Minister for Health and Family Welfare) addressed the Global Prevention Coalition (GPC) for HIV prevention in 2020 and provided an account of the efforts undertaken by the Government of India to ensure prompt ART distribution. Under the Test and Treat policy, 50,000 PL-HIV who were lost to follow-up were linked back to ART and the viral-load testing facilities were amped up as well.

Although corrective measures were implemented to quell the discrepancies in HIV management brought about by the pandemic, we are not in a position to get complacent. Root issues of attrition of patients and an ascending caseload are best nipped at the bud. Preventive rather than corrective measures are the need of the hour to suppress the disease preemptively and to avoid future complications in the management of infectious diseases.

Medical Photography: The Art in Development