“Beautiful music can be made when the right timing, right verse and the right raag is married.”

Did you know, raga Amritavarshini or Malhar is known as the ‘Raga of Rain’. It is believed that, every time this raga is sung, it would rain. Such is the impact of music on the environment. Music is an integral part of mankind deep-rooted within cultures and human souls with magic to alter one’s mood in a second. Have you not wondered how and why music is such a pivotal part of life? Our breath and heartbeat can also correspond to the rhythm of music. The mechanism of action of this wonderful creation is an enigma even today. Various studies are still being conducted to discover therapeutic uses of music. However, studies are predominantly conducted in the west. Indian classical ragas for centuries have been used for therapy but there are limited studies regarding the same. Medical field has taken a keen interest to unravel the hidden facts and uses of Indian classical music in the health sector with a flourishing concept of raga therapy.

Let us delve into a bit of history and the origin of Indian classical music.

What is music and how does it work on the Human body?

Music is an art of organising or coordinating sounds to produce a meaningful composition. It is often very pleasing to the mind and has the ability to relieve mental distress, hence providing a calming effect on one’s mind.

Music in medicine is regarded as a non-pharmacological, non-invasive, inexpensive modality which has both physical and cognitive mechanisms to relieve pain and anguish. Sources indicate that music activates the pleasure-seeking areas of the brain that are usually stimulated by food, drugs etc.

Our human body is a complex structure with various messengers that carry signals from one part of the body to another for proper functioning. Studies have mentioned that, different genres of music alter the production of different messengers. Music of Johann Strauss enhanced the atrial filling fraction and atrial natriuretic peptide and decreased the cortisol level. Similarly, Pt. Ravi Shankar’s music also indicated a decrease in cortisol and t-pa. Techno music revealed variations in the ACTH, norepinephrine, and endorphins. Music is known to show a trend in the production of these transmitters but is not causative. 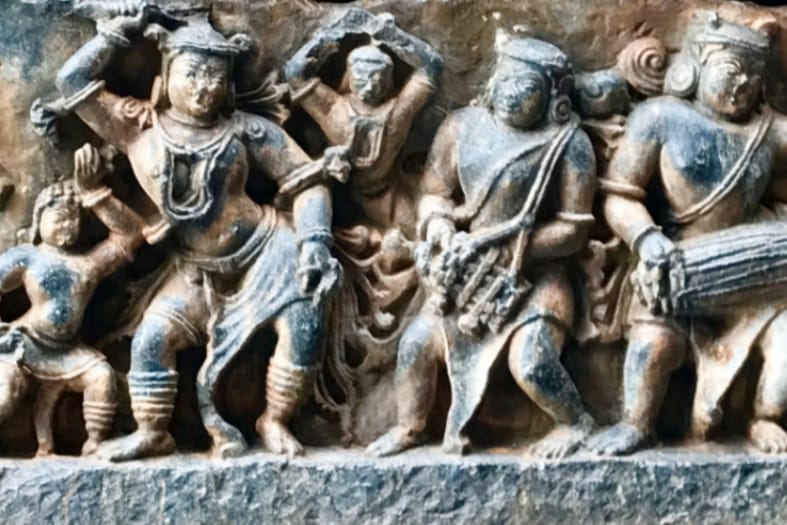 How ancient is Indian classical music?

Indian classical music is known to have its roots from the ancient vedic literature namely, Rig, Sama, Yajur and Atharv vedas.Sama veda in particular is the veda of music.

Our Vedas convey that nature produces sound and vibrations which form a note. These sounds and vibrations could be the rustling of leaves, blooming of flowers, sounds of animals, gushing of the wind, waterfalls, and the flow of the river, each producing its own unique musical note forming the basis of Indian classical music.

Accordingly, the basic notes of Indian Music originated as follows-

separated from her calf

Pa        – Panchama from the call of a cuckoo during spring

Dha     – Dhaivat from neighing of horse

Out of these, sa and pa are the fixed notes, and the rest of the notes have additional notes totally comprising 12 notes.

The permutation and combination of these notes in a systematic melodic arrangement produces a ‘RAGA’. 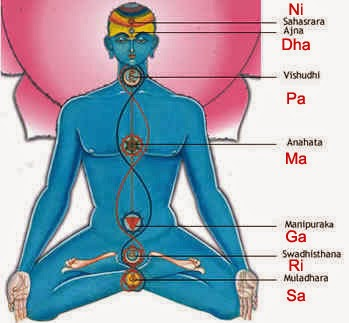 Our ancient scriptures have identified the presence of chakras in our body which refer to the energy focal points from the base of the spine to the head or the crown. There are 12 chakra sthanas out of which 7 remain active and 5 are inactive. The first chakra being the mooladhara which begins from the base of the spine to the sahasrara which represents the crown. The seven swaras or the musical notes are believed to correspond to the 7 chakras. It is believed that the activation of these chakras can lead to stability in life and achievement of zen.

Carnatic music has 72 melakarta ragas through which the other ragas (Janya ragas) are born. They are believed to have an impact on the vagus nerve and parasympathetic nerves of our body according to few studies.

Each Raga is said to have its own effect on our body. Indian scriptures believe that the body is made of

which rise and fall in a cyclical fashion throughout the day analogous to the diurnal variation of certain hormones like cortisol production in the body which peaks early morning. These elements follow two cycles a day with each component being predominant for a certain period of time. The ragas when played at an appropriate time are believed to have an influence on these elements.

The entire day is divided into 8 parts known as the Prahars and each raga is assigned its own prahar during which it will have maximum impact on the singer and the listener. It is believed that only in this period, the true essence of the raga is experienced. Ragas like Mohanam and Malayamarutham are best experienced when sung or played just before dawn for arousal of humans from sleep whereas ragas like Nilambari are used to induce sleep. Some of the ragas like Kalyani, Shankarabharanam, Bhairavi can be played at any time of the day. 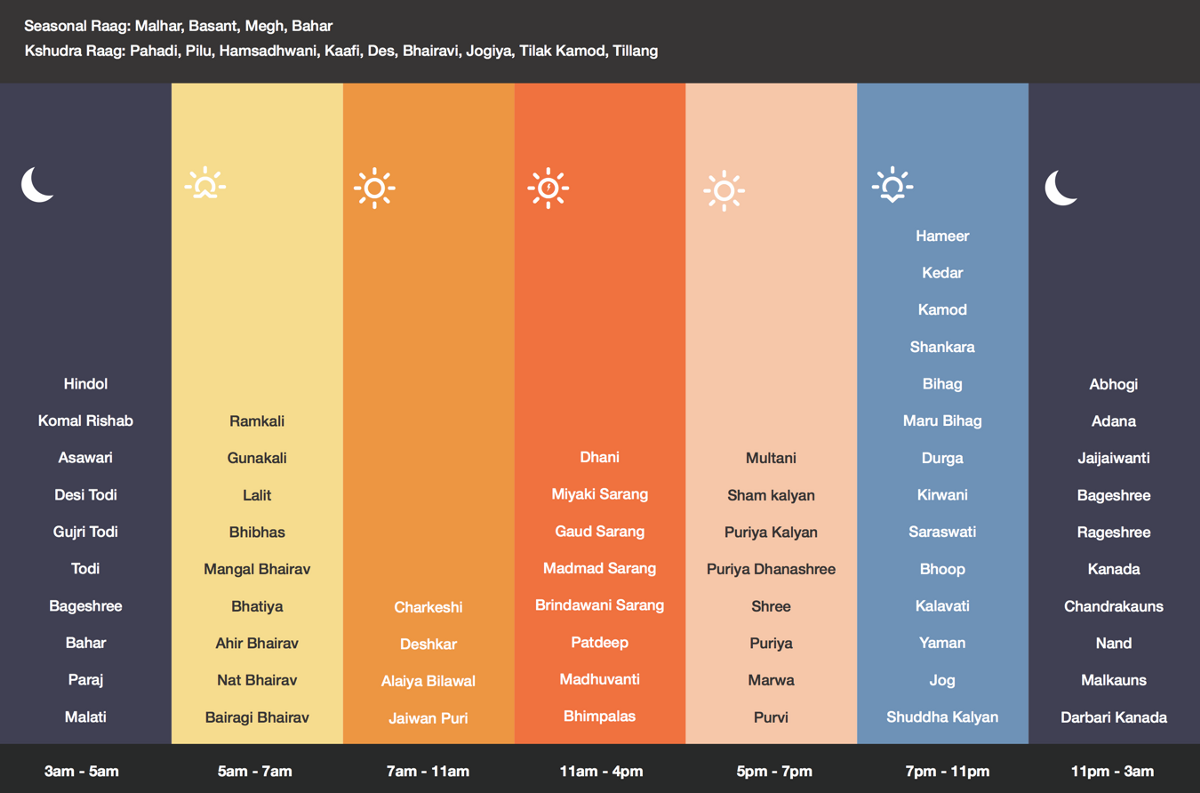 Raga chikitsa in simple words, is known as ‘Raga Therapy’.

It forms the backbone of the ancient music therapy in India and is applicable even in the present age. There are several studies being conducted regarding raga therapy.

Ragas have an ascending scale known as Arohanam and a descending scale known as Avarohanam which form the skeletal framework. When a particular raga is sung along with ‘Gamaka’ which is the manipulation of a swara or note in any fashion to produce a musical effect, these delicate vibrations enhance the notes and  evoke an emotional response thus forming the basis of raga therapy. 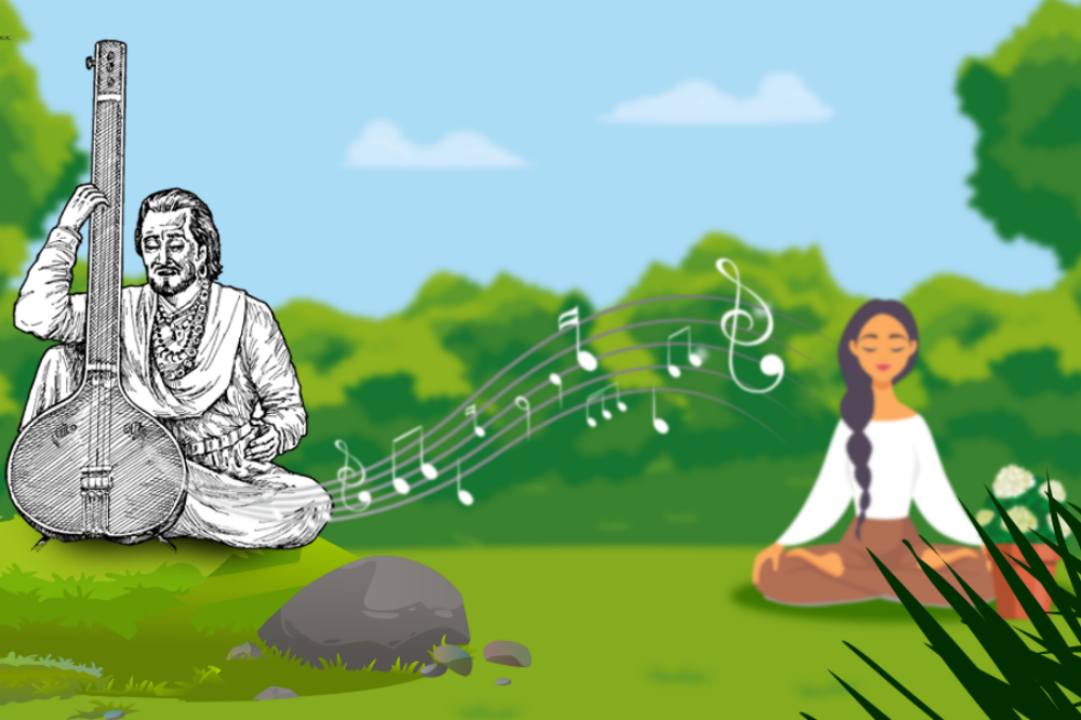 In this therapy, the patient’s history, interests, condition, and other prerequisites are considered before the initiation of raga therapy. The therapist decides on the time, duration, raga, and particular song to be used for maximum benefit.

Application of Raga therapy in Medicine

Various studies have mentioned the positive effects of raga therapy which can be used as an adjunct to the regular therapeutic practices.

Here are a few ragas listed below along with their impact in several conditions. 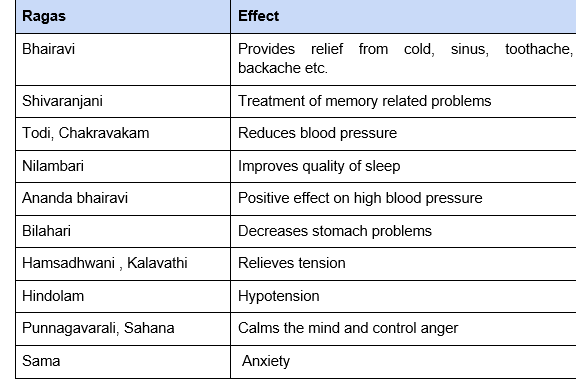 Raga therapy has also been used alongside the treatment of Alzheimer’s and Parkinson disease. I came across a patient undergoing raga therapy in the mornings for the past one month for Parkinson’s disease and he showed an improvement in his daily activities.

Few years ago, 1110 veena artists performed in synchrony to various ragas in Bangalore with the motto of epito 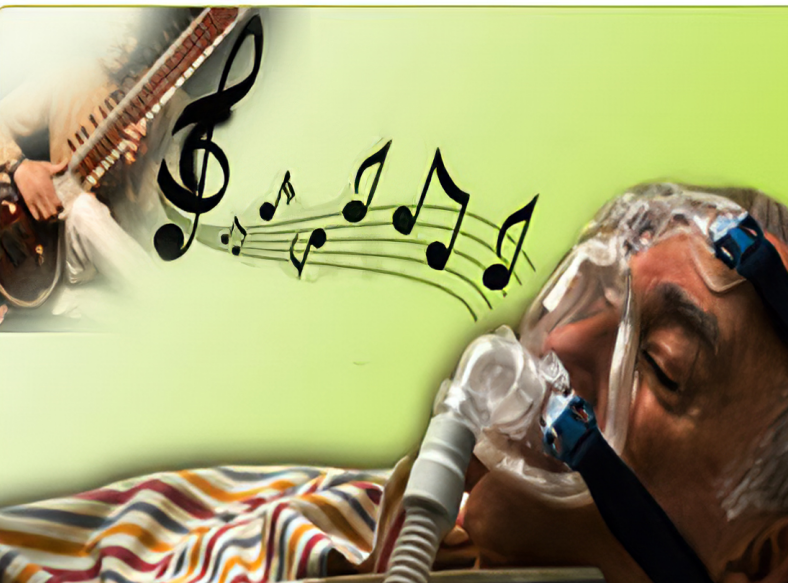 mising the power of music to create an atmosphere of peace and harmony which is often soothing and pleasing to the crowd. Such an environment for a Listener is a great way to de-stress and rejuvenate whereas the performer has utmost concentration and focus thus, improving the mind and body coordination.

A similar ambience is invoked in the Thyagaraja Aradhana happening every year at Thanjavur.

Music in its own way has an impact on the singer, listener, or an instrumentalist. A singer practising music is performing a unique exercise to improve concentration, breathing and meditation. It is good for the lungs too. An instrumentalist has good mind and body coordination thus improving the fine motor skills.

A young child exposed to music from an early age has better cognitive development and focus.

Godh bharai or seemantha, an Indian tradition practised during the 7th month of pregnancy performs a ritual for the growing foetus and mother where veena Instrument or veena music is played in Shree ragam. It is believed to enhance brain development of the foetus.

The concept of garbh sanskar which means to educate the baby inside the womb is practised to achieve physical, mental, spiritual, emotional, social development of the fetus and positivity of the mother. This practice dates to the Indian mythology depicting Abhimanyu and Prahalad who experienced it. 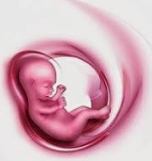 Youth, can be influenced to perform better by listening or practising the right music thus, making them more responsible and devoted to life. Adults can be benefited by having a stress-free life making them more efficient. Music therapy for the elderly is a brilliant way to uplift the mood and decrease depressive episodes and anxiety.

It is required that music should be an integral part of one’s life and one should inculcate music in their day-to-day lifestyle to lead a stress-free life.

Music is a great healer. Begin and end your day with music

PLANNING YOUR OWN FUNERAL

Sanjana Srinivas is a final year medical student from Karnataka. An avid reader and book enthusiast with passion for music and research