While speaking at a conference in Beijing in March this year, the Chinese President Xi Jinping made an interesting comment. Noting that China scored hard-won achievements over the past year, Xi commended health workers for “putting up an iron wall” against COVID-19. Ironically, the Chinese government is being criticised by the world for “putting up an iron wall” around the flow of information regarding COVID 19 and its origin. In the same conference, President Xi also stressed the need to improve China’s healthcare infrastructure in rural areas and called for efforts to deepen its healthcare system reforms.

Now, as the world reels from the COVID19 pandemic and our Health systems are put to the test, we take a curious look at the healthcare system in China. One would assume that given its revolutionary and Communist origins, Healthcare in China would be largely equitable, universal and of good quality. Surprisingly, it is not. The present problems of Healthcare in China are remarkably comparable to those in India, albeit with some notable differences.

Post the SARS epidemic in 2006, the Chinese healthcare system underwent considerable re-organisation to form its public health system of today. Currently, China has a 3-tier system, with medical services accredited as Class I (primary), class II (secondary) or Class III (Tertiary). Yet, much like in India, tertiary hospital-based curative care seems to be the backbone of the healthcare system.

The Indian scenario is far worse. We presently have only 1.3 GPs per 10,000 people and only an estimated 0.5 paediatricians per 10,000 children.

Thus, the Healthcare Pyramid in both countries remains inverted (weak and smaller primary care and unnecessarily larger Tertiary care ) and is in urgent need of reorientation.

The Rural-Urban divide – Barefoot Doctors Need to ‘Put on Shoes’

China’s long struggle with rural coverage for health care goes back to the early part of the 20th century. Although the government tried to draft private practitioners into the rural medical service corps, delivery of rural health care remained scarce. In 1964, Healthcare expenditure for 8.3 million urban citizens was more than that for the 500 million rural peasantries. After Mao Zedong criticised this urban bias of medical services and pointed out the stress placed on rural areas, in 1965 mobile teams of doctors from urban hospitals were sent to deliver health care and train indigenous paramedics.

In 1968, the popular programme of ‘Barefoot doctors’ was introduced as a national policy that focused on quickly training paramedics to meet rural needs. These barefoot doctors were allowed to practise with just 3-6 months of training at a community hospital after completing their school education. As a result, medical coverage in the countryside rapidly expanded. However, the barefoot doctors were not at par with the regularly trained doctors and their incomes too were 50% lower.

In India too, in 1943, the Bhore committee presented the concept of bringing primary health care as close to the people as possible. And over the next 3 decades, various additions to this idea such as ASHA and Community health workers, akin to the Barefoot doctors in China) were introduced.

However, in both countries, these rural health schemes have seen a defeat due to inadequate facilities, understaffed hospitals, and undertrained inexperienced health workers. This has prompted rural citizens to travel to cities for healthcare.

Realising this failure, back in 1975, the then vice-premier of China Deng Xiaoping pointed out that the barefoot doctors would have to improve their knowledge gradually and “put on shoes” in the future. In India too, rural Healthcare workers need to be better trained and better paid. The modernising of primary and rural healthcare remains a dire need in both countries

In both China and India, an increase in patients going to tertiary centres, bypassing the missing Primary and secondary care in both rural and urban areas has overburdened the big city hospitals, leading to long waiting lines. In China, some hospitals have waiting lists for up to 3 months for an appointment. It is not unusual to see, patients queue up from 2 am in certain hospitals to get a slot for the day. In India’s premier Urban Public Hospitals too, the situation is similar, with overcrowded OPDs and corridors resembling crowded railway platforms.

The overburdening of the big city hospitals results in overworked doctors in these large tertiary public hospitals. Doctors do not have enough time to attend to all the patients carefully. ‘Communication remains a challenge’, says Mr Mohoni, who worked in China recently.. ‘especially when the disease is complex, or the procedures complicated’. Doctors often spend less than 10 mins for each appointment and patients feel dissatisfied leading to increased patient-doctor conflict.

Violence Against Doctors in China is Commonplace

In China, the problem of yinao has become so acute that, this March, Shanghai became the first city to start a blacklist of people deemed to have engaged in banned behaviour in medical facilities. In addition to the criminal penalties such blacklisted people face, they can be barred from holding public-sector jobs and denied access to outpatient services under the social-credit system.

In July, Beijing’s city government adopted its own guidelines for hospital security, recommending checks at entrances and surveillance cameras inside. Earlier this year, Beijing’s health commission said that 86 hospitals had installed facial recognition.

It is foreseeable that in the given circumstances, soon India’s Hospitals and authorities too will have to implement such measures. 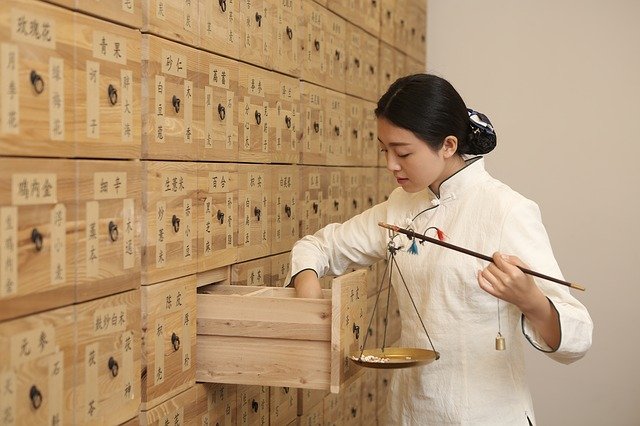 According to Mr Mohoni, ‘Alternative traditional medicine is common and easily available in China.’ And surprisingly, this is more so in the private sector. The broad masses of Chinese people prefer to avail traditional Chinese Medicine for a healthier lifestyle.

There were 4221 TCM hospitals in China in 2019, and there are TCM departments in most hospitals. TCM offers therapeutic and preventive therapies, most commonly – acupuncture, cupping, massages, moxibustion. The Chinese government has expressed support for TCM development by increasing investment in research.

China, controversially, has encouraged the integration of the two systems by providing instruction in TCM to MBBS medical graduates and allowing TCM doctors to practice western medicine.

In India too, especially under the present political dispensation, we see increasing support for Traditional Indian Medicine. The Centre has established a separate Ministry of AYUSH. AYUSH doctors are being facilitated to practice allopathic (Western) medicine. But as compared to China these efforts seem to be haphazard and ill-planned. Integrating all systems into a scientific whole takes time and needs thoughtful implementation.

Corruption and VIP Culture in Hospitals

In China, as in India, medical costs have risen rapidly in the past two decades. In China, reports of over-utilisation of services and marking-up of costs of essential medicines for financial benefit, are rampant. Hospitals charge higher prices for high-tech equipment and offer more expensive drugs, devices, and procedures. Private hospitals further try to increase their profit margins by drawing in patients with low prices at first and then charging a large amount. Scams for getting tickets to appointments and skipping the long queues are commonplace.

Surprisingly, big cities in China often have a system of highly-priced, VIP wards catering to Government officials and foreigners, which feature up-to-date medical equipment and better quality of care. These are not covered by public medical health insurance and patients pay out of their own pockets to get treatment. One of the authors, during his visit to China some years ago, was shocked to find not just a VIP section, but additionally a VVIP section in a Hospital OPD in Beijing.

In India’s Public Hospitals although there are no officially designated VIP and VVIP sections, the VIP culture undoubtedly exists. To get proper and prompt treatment in most of the public Hospitals in our country, one needs the so-called ‘Pull’.

The Retreat of Public Healthcare

The trajectory of healthcare delivery in China and India has been similar –both countries have seen a retreat of Public Healthcare and the consequent growth of Capitalist Private Healthcare.

In China, since the 1950s, under Mao-Tse Tung, the Communist government has owned, funded, and run all health care facilities, including large hospitals in urban areas and small clinics in the countryside. All health providers were employees of the state.

In 1978 China adopted a unique form of State capitalism. And with the subsequent market-oriented reforms in the health sector, China’s public health system confronted huge challenges. Underfunded by the government, major public health service providers, especially primary healthcare facilities and disease prevention control institutions, plunged into difficulties and had to support themselves with charged services. This compromised the equity of public health services.

In India too, post-Independence a primarily public health system was established. But when liberalisation set in, and states withdrew many economic restraints, they also withdrew from many of their social responsibilities viz -Healthcare and Education.

The deterioration of Public Health care in both China and India led to significant demand for better healthcare services and prompted the establishment of several private hospitals in both countries.

The Covid pandemic has revealed the tragic consequences of abdicating these State responsibilities, and as a result, both in China and India there is a call to strengthen Public Healthcare.

As regards health expenditure, both China and India stand far below many Western countries. Whilst the total health expenditure of China has risen steadily since the 2000s, it was still only about 6.64% of GDP in 2019. India spends a dismal 1.6% of its GDP on healthcare. And to add insult to injury, it has set a goal to increase this expenditure to a paltry 2.5% by 2025.

In China, the increasing availability of insurance has reduced out-of-pocket (OOP) spending to 35% of total healthcare costs, but the OOP expenditure is still a hefty 60% in India. Even though the proportion of OOP payments is declining, China still falls behind more than 100 economies worldwide.

Without a robust and modern public health sector delivering free quality healthcare to citizens, an efficient and wholesome health insurance system covering the whole population becomes necessary. Otherwise, as happens in India today, patients are faced with a choice between the devil and the Deep Sea – they neither get quality care in the public sector nor can they afford the relatively better care in the private sector.

China declared the achievement of Universal Health Coverage in 2017 with 95% of the population being covered under one of 3 schemes run by the government. Peculiarly, patients in China pay for the services upfront and out of their own pocket. Later, depending on the insurance scheme and treatment, they are reimbursed for some of the costs or none. Services under these schemes are available at all public hospitals and some private ones too, but do not cover all treatments.

The ambitious Ayushman Bharat scheme announced by the Modi Government aims to cover the bottom 40% of the Indian population. However, it also suffers from many deficiencies as not all diseases and procedures are covered. It is unlikely that this scheme by itself can achieve the desired Universal health coverage.

Both countries are at par when it comes to the skill, speed, medical equipment, and accuracy of the medical staff according to a poll by Numbeo, a crowd-sourced global database of quality-of-life information.

Health is not an isolated system. It is continuously being influenced by a constellation of factors. And no more is this fact apparent than in the dissimilarities in health indicators in two nations with such similar health systems. Upstream factors such as education, sanitation, housing, etc., which act in continuum with healthcare to directly affect the health of the population, may explain the dissimilar health indicators.

In conclusion, the healthcare systems of both China and India have faced similar tough battles in recent times. With the pandemic underlining the need for equitable and universal health care, policymakers must introduce new policies to strengthen and improve public healthcare, adapt to the current times, and learn from past mistakes. Both countries can learn much from each other in these matters.