Once again the social media in India is abuzz, this time expressing the sadness and shock at the sudden demise of Ms Saroj Khan (affectionately called Masterji). To no one’s surprise, this is neither the first nor the last time that we are going to hear of such a tragic end. Needless to say, I am not privy to any medical records to know the exact cause of death, however, based on the news/social media, the list in Bollywood is long of those dying from massive heart attack/sudden cardiac arrest– Vinod Mehra (at the age of 45), Inder Kumar (43), Om Puri (66), Reema Lagoo (58), Razak Khan (65), Farooq Sheikh (65), Navin Nischol (64), Narendra Jha (55), Sanjeev Kumar (47), Chiranjeevi Sirja (39) and these names are only some of those who met an untimely end! A marathon runner cop suddenly died last year in Mumbai from a heart attack while jogging. He was only 43 years old!

If the Bollywood names do not resonate, I can give a short list of people of international fame who have had heart problems including Dick Cheney, Bill Clinton, Geroge W. Bush, Barbara Walters, Larry King, David Letterman, Toni Braxton, Elizabeth Taylor, and Robin Williams to name a few.

It is not just entertainers. Cardiologists have the most knowledge about the inner workings of the heart, cardiovascular diseases, and their prevention and yet they are prone to sudden heart attacks themselves! A few years ago a well- known US-trained heart surgeon who had performed thousands of heart surgeries in his own hospital in Mumbai died suddenly from a heart attack. He was only 55! Not too long ago, a cardiologist in Mumbai came home at the end of the day and died from a massive heart attack. He was only 45!

One might wonder what is so unique about Bollywood actors and why should I write an article in reference to their tragedies? The answer can be long. There is nothing unique about them, they are people just like any of us. The reason I invoke their names is because most of us know their names: we watch their movies, we adore them, they can be our role models, they are as hard-working as any of us. The most obvious reason to bring up their names is so that the issues of heart disease, heart attacks, heart failure, and sudden cardiac arrests resonate well with most Indians. If I say a person in a street in Mumbai dies from a heart attack (equally sad news), it sadly does not connect with you as much as if I say a very well known, famous actor from Bollywood died on the stage, while shooting a movie!

Not only does Bollywood make movies about social, political, family, and personal issues, they also represent us in so many ways including their health status. On the one hand, you would think they would have access to the best medical care, access to better food choices, more and varied exercise training etc. On the other hand, due to their hectic schedules, it is quite likely that they might ignore or postpone their health care, checkups, end up eating fast food more often, and be rendered unable to keep up with their physical exercise.

What Is Massive Heart Attack?

There are significant symptoms of sudden chest tightness, chest pains, sweating, dizziness, palpitations, passing out among other symptoms followed by some important changes seen on person’s ECG and damage to the heart muscle (say more than 25% of the heart) (by echocardiogram or cardiac angiogram). We generally call that as a massive, severe, or large heart attack. This happens when a major artery to the heart (coronary) is severely or close to 100% blocked (also known as a widow-maker heart attack).

What Is Sudden Cardiac Arrest?

As the name suggests, sudden cardiac arrest/death occurs suddenly. It is quite often triggered by an electrical malfunction in the heart leading to an irregular heartbeat (arrhythmia). During this time, the heart cannot pump enough blood to the brain, lungs, and other vital organs. It can lead to loss of consciousness or collapse. If timely treatment is not given, the person can die within minutes.

Is It Only Common Amongst the Bollywood Actors? 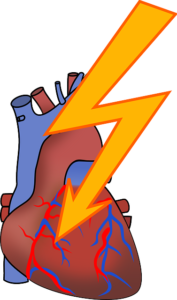 Not quite so. Heart attacks/sudden cardiac arrest can take place in any society, anywhere and anytime except that when it happens in a village, no one reports it and no one comes to know other than the family members and people from the village.

When it happens in Bollywood, the whole country and most of the world get to know it due to immediate social media reporting. When someone in Bollywood dies suddenly, we say s/he died from a massive heart attack; when a similar death takes place in a village, near and dear ones will say, “s/he died peacefully in sleep.” (as a matter of fact, that was sudden cardiac arrest!).

So why does the news/social media stop at its reporting expressing shock, grief and condolences and nothing beyond that?

I was very intrigued and surprised to read a report presented at 107th Indian Science Congress in Jan 2020 in Bangalore that said that out of 2,200 patients surveyed reporting for their first cardiac events, 35% of first-time heart attack victims were less than 35 years of age! The report also mentioned about a 22% increase in hospitalization for premature heart disease over a 3- year survey period.

In fact, the Indian Heart Association website reports that 50% of all heart attacks in Indians occur before the age of 50 and 25% of all heart attacks in Indians before the age of 40! Compared to other nationalities, Indians have a 4 times higher risk than white Americans and 7 times more likely than the Chinese population. In general, Indians are susceptible to heart disease about 10 years earlier than any other ethnic group.

According to the American Heart Association, amongst many ethnic groups in America, the studies have shown that Asian Indian, Filipino and Vietnamese lose most years of life to heart disease– up to 18 years for some compared with the white American population! The risk of early death is also high for people with diabetes, stroke, and heart attack. There was one study reported in the Journal of the American Medical Association (JAMA 2015) that people with all these three conditions could have their life expectancy reduced by 15 years compared to those who had none of these diseases. 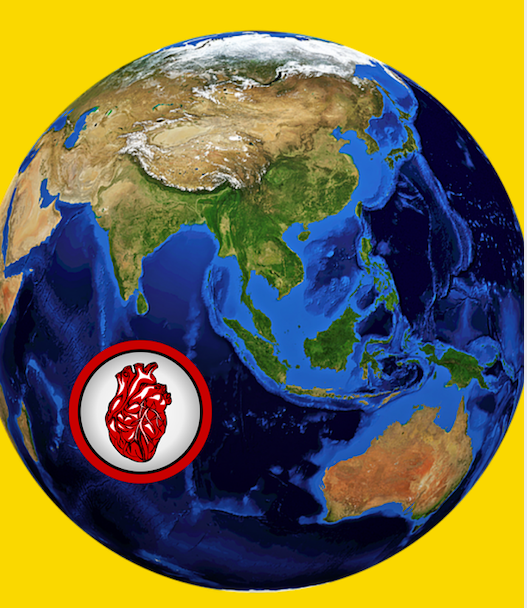 South Asians, the 2nd fastest-growing ethnic group in America, have four times higher death rates from heart disease compared to the general population and develop the disease at least 10 years earlier. South Asians include people from India, Pakistan, Bangladesh, Sri Lanka, Nepal, Bhutan, and the Maldives. There is an ongoing study called MASALA (Mediators of Atherosclerosis in South Asians Living in America) which is following up 900 people in Chicago and California and has that study has found that South Asians tend to develop high blood pressure, high triglycerides, abnormal cholesterol, and type 2 diabetes at a lower body weight than other groups.

Also, they have higher levels of coronary artery calcium than others, a marker of atherosclerosis and future predictor of heart attacks and strokes.

Are Indians Lagging Behind in Preventing Heart Attacks?

Therefore, when this disease is so dramatic, so damaging and coming on so untimely and prematurely, mostly at the peak of someone’s career, how come we are lagging behind the rest of the world in taking care of our populace, small and large, near and far, village and city, young and old, rich and poor?

By now, most of us know it is the plaque formation (atherosclerosis: hardening of the arteries) in the coronary arteries of the heart that leads to this condition of chest pains, angina, heart attacks and sudden cardiac arrest. What leads to that hardening of the coronary arteries? Most known risk factors contributing to this condition are high blood pressure, high cholesterol, tobacco smoking, diabetes, overweight/obesity, lack of exercise, and family history of premature heart disease (bad genes).

Other risk factors are male gender and ageing. At this point in time, we may not know much regarding ageing, gender, and genes. Hopefully, in the next 10-15 years or so, we will have treatment for genetic issues related to this heart disease. However, we should have no excuse for not taking care of all the other cardiac risk factors I just mentioned: We must keep our blood pressure, weight and diabetes under control, not smoke tobacco and exercise daily.

Because Indians are amongst the people at the highest risk in the world to suffer from heart disease, at an earlier age, we must have even stricter guidelines for blood pressure, diabetes, and cholesterol control.

What Can You Do?

However, just remember for now as someone has said, “Eat to live and not live to eat” On one hand, Bollywood families and the younger generation Indians are becoming much more aware of diet, food, weight, exercise etc, however, on the other hand, they are also getting more involved in drinking alcohol, eating too much junk food, fast food, overweight and obesity leading to high blood pressure, high cholesterol, metabolic syndrome, pre-diabetes and diabetes when we are fully aware that India is the diabetic capital of the world!

Keep all of them as low as possible. If you end up having heart disease, heart attack or stent, you have to be even much more aggressive with those numbers. If any symptoms suggestive of heart problems arise, do not ignore/hide them, speak to your doctor/cardiologist right away and plan for a stress test or other tests as recommended.

In spite of all the best efforts, she could not be saved. She was put on various medications, drips, ventilator etc., finally, I gave DNR (Do Not Resuscitate) orders and she passed away soon on my birthday, in less than 24 hours since her first symptoms (I am mentioning this not for personal condolences but merely to emphasize the purpose of this article).

I am okay with the fact that she passed away peacefully at the age of 84, however, I am not okay with the reality that she never had any symptoms before this and the cardiologist did not get a chance to do further tests to fix her heart!

The Visit: A Short Story 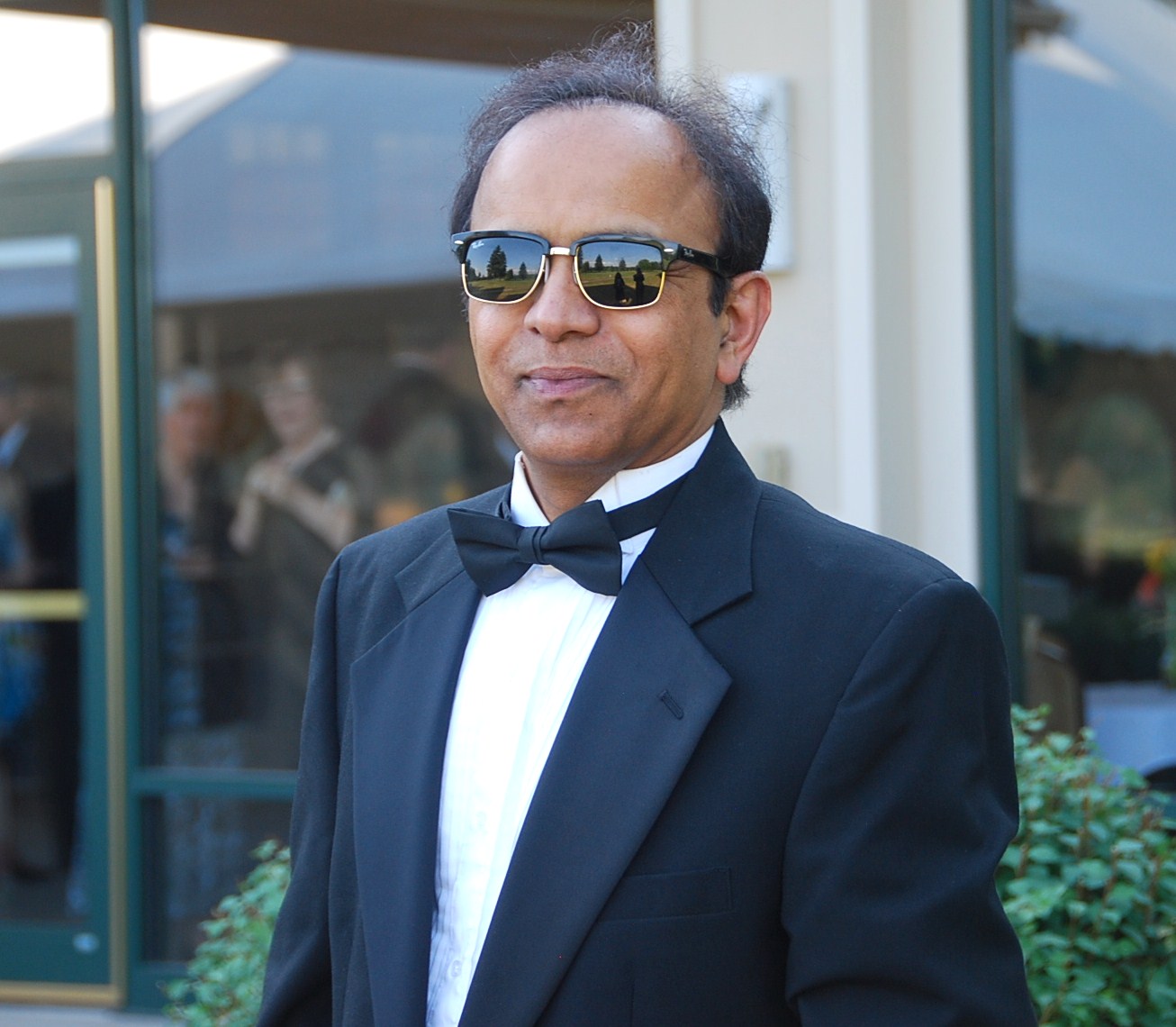 Dr J P Mishra is a practising Cardiologist in New York where he is attached to Upstate Cardiology, United Memorial Medical Center and Rochester Regional Health System. He loves to travel and enjoys visiting various locations in India. He is keen on organising charity work, beginning with the first one in India. He enjoys reading non-fiction books, mostly about world history, science and technology and philosophy.