All of us are thankful for the boom in the development of the pharmaceutical industry, witnessed over the last century. Today, we have an increase in the production of drugs, vaccines, medical devices and the industry is also booming in the arena of innovation and research. But, is there an ugly side to this fairy tale story of the evolution of this industry? Unfortunately, yes!

Though the industry has done wonders to increase our health and lifespans, it has gravely wounded the health of our environment. A considerable chunk of pharmaceutical products and their active ingredients, which encompasses environmental persistent pharmaceutical pollutants, end up in the bottomless oceans, harming the aquatic life and the communities settled in the vicinity of these waters, tremendously. For instance, a report published in Nature found that many of the male fishes of Europe’s waters display feminine characteristics. The contraceptives containing hormones, which were not rendered harmless by treatment, entered the food chain of oceanic creatures, causing this upheaval. Moreover, do you believe that antibiotic resistance, which is the biggest global public health concern as stated by the UN, is solely ascribable to our irresponsible consumption? Perhaps, we would have been in a better condition to “submerge” this concern once and for all,  if it were not for these magical antibiotics being submerged into our waters day and night. 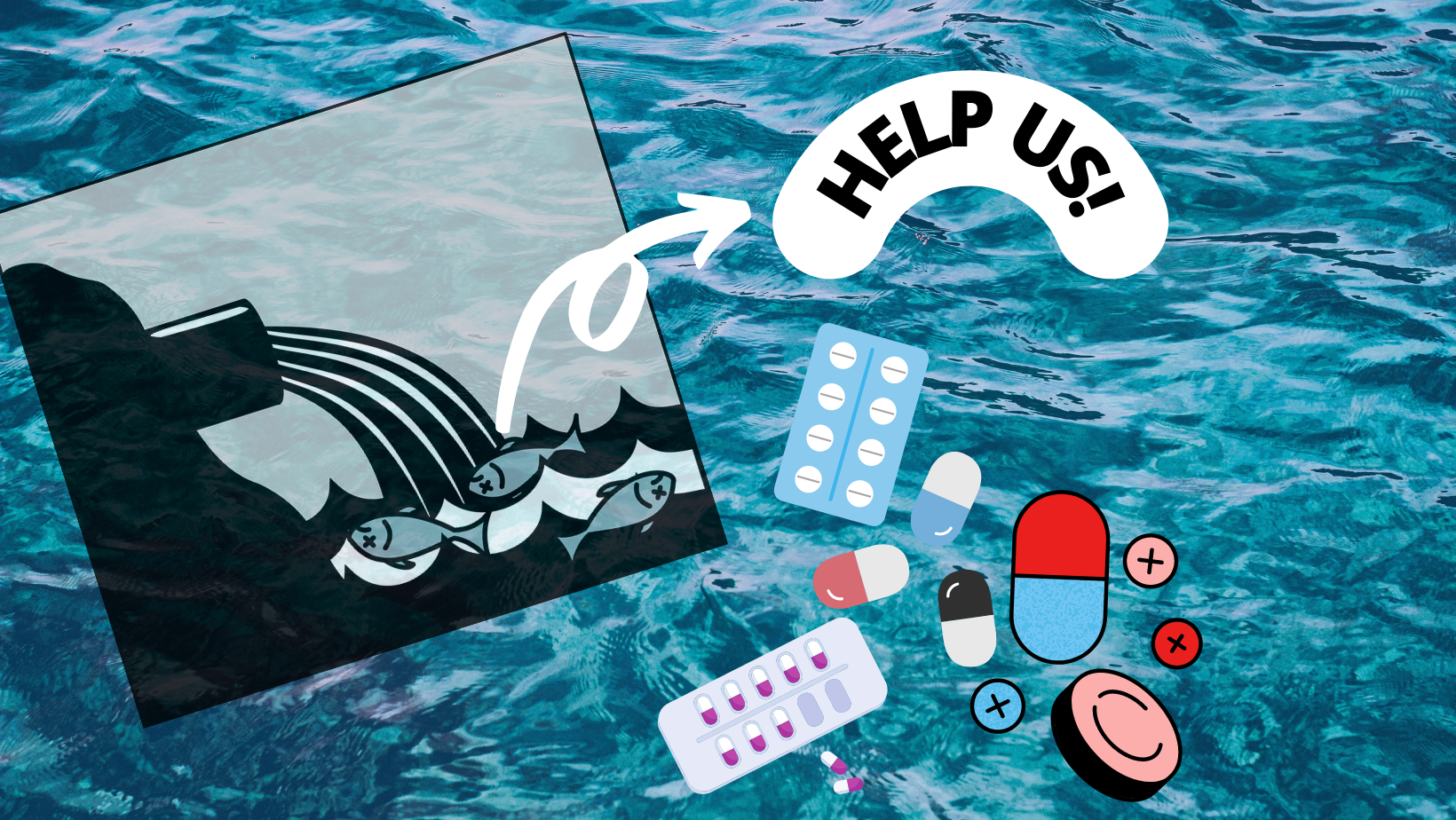 But how do these drugs make their way to the waters? Firstly, active metabolites of the drugs consumed by us, excreted in urine or faeces, cannot be treated successfully by the usual sewage water treatment processes. Secondly, one of the major culprits is improper disposal of drugs, as more often than not, leftover medicines are flushed down the toilet or washed down the sink. A research study done in 2014 by the UK Water Industry found that in most of 160 sewage treatment works studied, several common drugs were present in the final effluent in high concentrations, being a potential threat to the ecosystem. Lastly, drug manufacturing facilities have shown to release active metabolites and products directly into nearby waterways, creating a ready-in-two-minute broth of “delicious” drug soup.

As scientists opened their eyes to the possibility of environmental contamination, they began conducting studies to detect this phenomenon. It was in 2016, that a study conducted in Hyderabad brought to light that bulk manufacturing units critically contaminated the environment around them.  Furthermore, this study also found that distressingly high numbers of bacteria and fungi were resistant to antibiotic drugs. The direct impact of this is seen in the grave figures of an estimated 58000 newborns losing their lives from multi-drug resistant infections every year. As India is home to dozens of EU pharmaceutical factories, 90% of APIs for generic medicines for the EU come from India. Indeed, India’s stake is high and the future dismal and bleak if the current practices continue to pollute its land, water and food. For instance, villagers near Hyderabad avoid drinking water as it causes diarrhoea and makes them feel nauseous. Wastewater released unchecked into the lakes have not only harmed human inhabitants but have also resulted in the death of all aquatic life. Farmers too, depend only on rainwater for their harvest as the groundwater is crudely polluted. Another study by the Indian Institute of Technology found that antibiotic concentrations were 1000 times higher in the Musi river of Telangana than in rivers found in developed countries.

Now let’s have a look at how other countries are battling with this conundrum. Marine life all over the planet is on a gazillion drugs and that too without a prescription. A study conducted in the USA by the National Oceanic and Atmospheric Administration found about forty contaminants and drugs in fish in estuaries receiving effluents from wastewater treatment plants. Some of these drugs are amphetamines, antibiotics, antidepressants, anti-cholesterol drugs, heart medications, anti-diabetics. Additionally, a 2014 global review commissioned by Germany’s environment ministry made a shocking revelation that out of 713 pharmaceuticals tested for, 631 were above their detection limits.

Many might argue, so what drugs are present in the aquatic ecosystem? Previous research has shown that antidepressants like fluoxetine inhibit algae growth, which is the backbone of the ecosystem, thus having the potential to cause havoc in the entire food chain. This drug cocktail has the power to break all hell loose in the otherwise tranquil oceans because we do not know as yet how multiple drugs interact. Furthermore, research done in Sweden revealed that an anti-anxiety medication named Oxazepam affected the migratory patterns of some fish species having far-reaching consequences. Soon along with omega-3 fatty acids and other beneficial vitamins, the label over cans of salmon and tuna will also read fluoxetine, ciprofloxacin and metformin.

It was the last straw when millions of vultures in India were killed by exposure to the anti-inflammatory drug diclofenac, pushing this species to near extinction. This drug was given to cattle for pain and fever. These vultures fed on the carcasses of dead cattle, unknowingly consuming high doses of diclofenac. Nobody can dare fathom what would happen if the official scavengers of the environment disappear. Such a direct cause and effect relationship was hardly noticeable in any other case.

Can We Put a Stop?

Finally, it brings us to our last point. Is there a solution to break this chain?   The issue of the environmental impact of the pharmaceutical industry is now gaining momentum and hence strategies are being put in place to prevent environmental risk as far as possible without compromising the goodwill of this industry.

The European Union, for instance, requires companies to conduct an environmental risk assessment (ERA) for all new drugs. But this looks at data only for the new drugs, completely sidelining the ecological effects of older drugs. The need of the hour is a more concrete system of ‘eco pharmacovigilance’- as designed by AstraZeneca, to assemble new data on the environmental effects of its drugs. Moreover, several industries are developing tools to screen environmental properties of drugs early in their development, to favour the production of more ‘biological’ drugs. India joined the conquest, releasing environmental standards for the bulk drug and formulation industry, limiting the maximum concentration for over 121 drugs in the final effluent.

Without consumers working hand in hand with the big pharma, it is impossible to conquer the menace of drugs. Therefore, people must be educated about the time bombs in their cabinets, that they carelessly throw away. A return policy must exist in every pharmacy which allows people to return unused medications. Alongside, researchers must design more intricate processes to eliminate chemical toxins from the sewage wastewater before releasing it into the environment.

Only time will tell if we were too late, as Mother Nature draws her last breath, or we saved her just in time.

Can Humans Exist Without Nature? 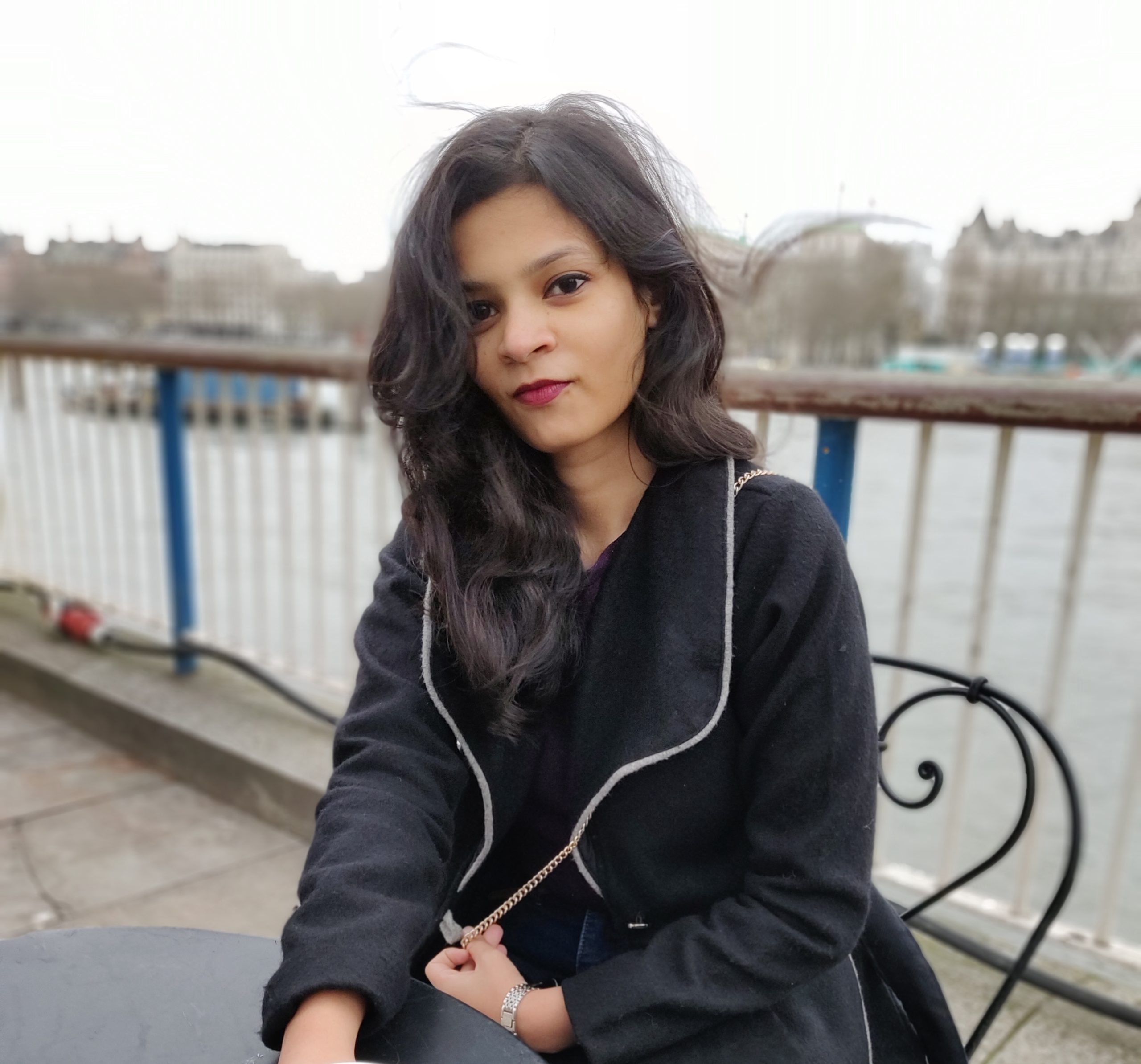