“Allopathy is a stupid and bankrupt science. More people died of allopathic treatment than those who died of oxygen shortage or because of COVID-19.”

Men of science are used to inflammatory statements like these being levied against their persona and profession since ancient times. So it was nothing new when I glossed over these statements and disregarded them when I came across them in a  National Daily as I looked for news of more importance and urgency. Little did I know, days later these statements would flash yet again across all media channels as India witnessed another young medical professional being thrashed brutally.

Meanwhile, Baba Ramdev received a light rap on the knuckles by various politicians and ‘apologised’ for his inflammatory remarks by claiming that he too will get vaccinated to support the Doctors of this country. According to him, “Some doctors are God-like, but not all of them”.

Pitching ancient systems of medicine against modern medicine is a regular occurrence in our country, especially during the time of a pandemic since the populace is desperate for a panacea to this problem- a cure-all for COVID. To understand the root of this conflict, knowing the practices that come under AYUSH, is a prerequisite.

The Indian System of Medicine can easily be claimed to be an amalgam of all Indian schools of medicine along with various foreign influences like Greek (Unani), German (Homeopathy) and Chinese (Sowa Rigpa). Keeping in mind the importance of preserving our traditional medical arts, the Department of Indian Systems of Medicine and Homeopathy(ISM&H), which was established in 1995, was revamped and re-named as Ministry of AYUSH in 2014. AYUSH here stands for the practices of Ayurveda, Yoga & Naturopathy, Unani, Siddhi, Homeopathy and the more recently added Sowa Rigpa.

According to the Ministry of AYUSH, it is ‘committed to the promotion and propagation of Indian systems of Medicine and Homeopathy, the infusion of wisdom of traditional medicine with the methodologies of Modern Sciences’. In other words, the various systems under AYUSH were expected to walk hand-in-hand with modern medicine to provide both the healthy and the ill a holistic approach to better health and prevent diseases. This was envisioned in the idea of science by the name of  ‘Integrated Medicine’ – encompassing all the best aspects of all forms of Medicine.

A wide chasm separates the 2 schools of medicine- the chasm of research funding and publicly available results of these studies. Modern  Medicine’s success worldwide in such a short period is not only the result of back-to-back scientific breakthroughs but also due to the fact that even young medicos are taught the very important principle of ‘Evidence-Based Medicine’ or EBM. Standard of Care and Treatment protocols are ever-changing, just because the evidence and data from millions of active and cured cases worldwide are scrutinized and the best course of action is publicized as the way to go.

On the other hand, AYUSH sciences fall behind in this aspect due to a lack of standardization and funding towards research. These systems focus on individualized treatment and prevention & rehabilitation. This is in stark contrast to Modern Medicine, which is largely focused on curing patients with existing ailments. AYUSH sciences can play a major role when it comes to helping people make better lifestyle choices, especially in people with NCDs, while Modern medicine works best for emergencies and infectious diseases. The areas of overlap need to be scrutinized and a better course of action should be prescribed using an individualized approach to cases.

The Many Influences on Medical Systems

“A mixture of cow urine and other cow products cured my cancer.”

“If you rub a cow, from the back towards the neck, it helps cure your blood pressure.”

Indian politicians have a surprising knack of giving the most outrageous statements possible, right when another matter of national importance is up for debate and discussion. ‘Has India failed in containing COVID?’, quickly gives way to ‘Baba Ramdev exposes Allopathy!’. An atmosphere of distrust prevails between modern and traditional medicine, the fires of which are stoked by periodic statements from influential figures.

Any practitioner of modern medicine worth his salt would have come across cases where quacks in rural areas prescribe any medicine (mostly steroids) haphazardly to patients, resulting in momentary remission and a more serious relapse in the long term. These quacks claim to be practitioners of ancient systems like Ayurveda and Unani medicine, giving a bad rap to these systems.

An NSSO Survey from 2014 found that almost 90% of those surveyed were inclined towards using allopathy, compared to a meagre 5-7% in favour of AYUSH. Surprisingly, the data was almost identical in both the urban and rural populations, indicating that the traditional stronghold of AYUSH sciences has also moved on to more modern solutions for its medical problems. This clearly indicates that AYUSH sciences need to be reinvigorated with a new breath of life by introducing better technology and promoting them through legitimate channels and solid scientific backing. Pitching AYUSH against Allopathy just goes on to weaken the image of both and benefits none.

The Importance of Integrated Medicine 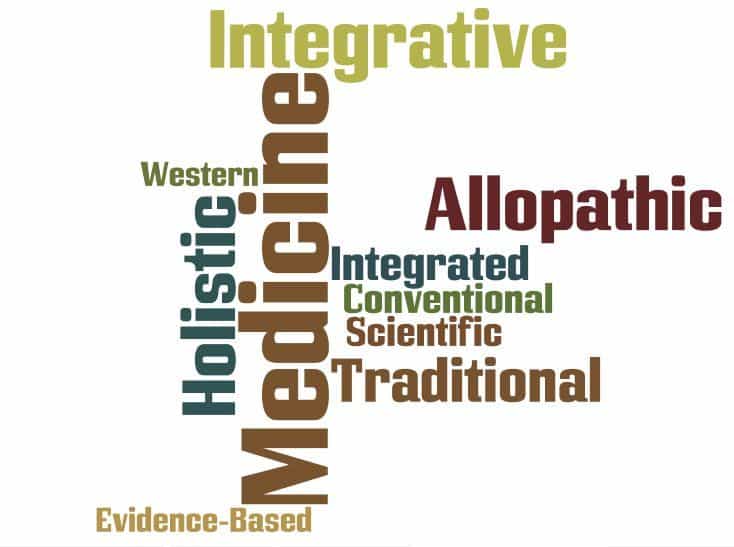 Integrated Medicine /ˈɪntɪˌɡreɪtɪd med(ə)s(ə)n/   noun~: practising medicine in a way that selectively incorporates elements of complementary and alternative medicine into comprehensive treatment plans alongside orthodox methods of diagnosis and treatment.

A common dilemma when it comes to bridging the gap between the new and the old is that should we allopathize AYUSH or should we teach modern medicos the old ways? The lines delineating these 2 systems become increasingly blurry as we try to incorporate one system into another. And is it okay to allow doctors of alternative systems to perform surgeries and other medical procedures after a short period of training?

The statistics on the number of doctors per thousand population in India are nothing short of abysmal. The data suggest the presence of 0.8 doctors/1000 population normally and 1.3/1000 when AYUSH practitioners are included. It is next to impossible to provide quality healthcare to all emergency patients in rural settings considering the shortage of doctors.

The next best course of action touted by the government is to allow AYUSH practitioners to work at the sub-centre level and refer the patients that can’t be managed. A viable option to keep in check the possibility of fraudulent practices is to register these practitioners in a separate schedule and strike off their names from all Medical and AYUSH registers in the event of administering wrong or questionable treatment to patients. These Medically Trained Auxiliaries will provide the first line of treatment but cannot be called ‘Doctors’.

On the other hand, including AYUSH studies in medical college syllabi and teaching treatment & preventive methodologies from ancient systems that have solid evidential backing will help reduce the cost of healthcare in the long run. Apex institutions like AIIMS and NIMHANS have already started dabbling in Integrated Medicine with specially dedicated departments for the same.

In conclusion, the need of the hour is to allow each medical system freedom to grow autonomously and not make a mindless mishmash of all sciences. Evidence-Based Medicine is the way to go, no matter whether it is Modern or Traditional medicine. Political agendas should have no role when it comes to curing people and saving lives.

Featured Image Sources: Photo by RF._.studio from Pexels, Image by F1 Digitals from Pixabay, Image by Bruno /Germany from Pixabay

Artificial Intelligence in Healthcare: A Bane or Boon? 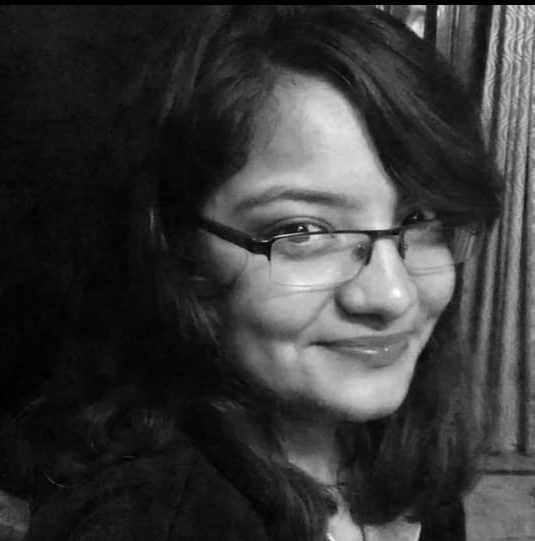 Yamini Sharma is an MBBS Student at All India Institute of Medical Sciences, Patna. She is an avid quizzer with a knack for collecting trivia. Apart from trivia, Yamini also collects oddities and knickknacks on her travels across India. She aspires to become a doctor who looks at patients not as 'cases' but as 'people'.