In these testing and torrid times where on one side a pandemic threatens our country, another extremely important dilemma is the disastrous economic failure we face. This problem involves each and every person just like a storm in the sea is feared by all fish, whether large or tiny. While we constantly face the danger to our life, there are many others who are facing an even more fearful enemy – “unemployment”.

As I went through contemplating day after day regarding my concerns about an uncertain future, a hazardous threat to life and anxiety of what tomorrow will bring for us all I felt relieved and grateful to know that unlike many I had the comfort and warmth of my home and was blessed to withstand these hard times with the sufficient resources. This made me realise the importance of not only using money wisely in good times but also knowing the worth of it when things go downhill. 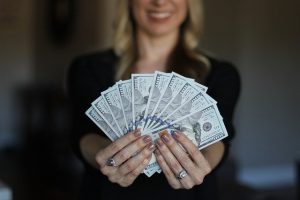 ARIGATO is a Japanese technique for maintaining a constant flow of money in life. The famous author Ken Honda mentions a very special mantra known as “arigato in arigato out” as a way of maintaining a smooth rhythm of money in and out of one’s life. He says that one must receive money with a smile and spend money with the same open heart. Ken Honda is one of the most popular authors in Japan and is known to have studied the minds of many a wealthy man and written over 50 books on personal growth.

In his books, he says that money-making can be viewed in two ways –one which is taught to us in schools and colleges and one which comes from within our conscience. The fundamentals of money-making are divided into MONEY IQ and MONEY EQ. Money IQ is the intelligence you have regarding the harvesting and building your finances such as knowledge about investments, stocks, shares and bonds, while Money EQ is the emotional relationship you have with money.

If u feel happy and content with the funds you possess, it signifies high money EQ whereas, constant anxiety or worry over money shows low money EQ. The most educated and qualified people in the world are unable to sustain a good economic inflow due to their poor money EQ. They build their tower of success with intellect but its foundation is based on their emotional connect with money-making it too weak to help them hold the fort erect for long. For example, when they receive a raise or a promotion, they use the money to buy larger houses and fancier cars to uplift their living standards with complete disregard and lack of attention to saving that money for an unpredictable event in the future.

What Do the Rich Think? 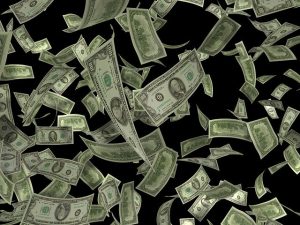 Ken Honda interviewed 12000 millionaires to understand their mindset around money and how they think about their finances. One of these wealthy men was Mr Wahei Takeda, who happens to be his mentor and guide. He was the one who revealed that his secret to being wealthy was very simple and unique. Mr Wahei says that the way to ensure a smooth flow of money is when one says “arigato” to the money they attain or possess. Arigato means “Thank you” in Japanese and by saying or mentally going over these words “arigato money”, we show our appreciation towards the money. Just as the world has taught us that what we appreciate also “appreciates”( increases in proportion)over time. The simple balance of mentally and emotionally being content and satisfied with the wealth you have and respecting it will always attract more prosperity in your life.

To Each His Own 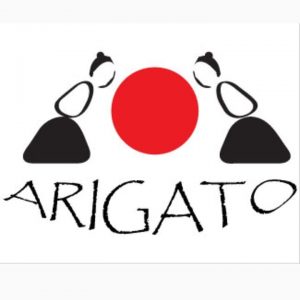 However, the whole concept of his book “Happy Money” can be simplified and approached more practically and realistically. Basically, it states that everyone struggles when it comes to money and to each one, their struggle is more fiery and dreadful whether it concerns putting food on the table or expanding their empire. One cannot negate the struggle and dark times of another till he has walked a mile in their shoes.

Contentment is another factor that needs to be implemented if one wishes to succeed. Those satisfied with what they have are surrounded by positive energy and attract more happiness from the universe. At the same time, living in constant fear of losing money also causes unnecessary strife and restlessness in your life which reduces your every chance at inducing a positive growth.

Most successful people are those who relish in the joy of what they do for a living. These individuals are usually at peace with themselves and can work tirelessly to attain their goals. Loving your job is part of what makes every obstacle worth defeating. Last but not least, no one is more powerful or mighty by themselves. We must always respect those who work with us and for us, just as much as we want to be respected in return.

Supporting or lifting others up when they cannot climb the financial ladder alone is part of what restores the cycle of life and invites or attracts good fortune.

Cinemedic: Portrayal of the Medical Profession in Bollywood