Of all the sleuths the world has seen, few have captured the public imagination as comprehensively and for as long as the eccentric genius, Sherlock Holmes. With a lot of criminal game afoot, this tall, lanky wraith-like figure in deerstalker hat and cape, with a pipe dangling from the corner of his mouth, slips in and out of the psyche like the gas lamps of a fog-laden street in Victorian England. With over sixty- four triumphs over criminals each more devious than the last, his ‘beautiful mind’ makes deduction seem like child’s play, which anyone can do from the comfort of a favorite armchair. It is with great difficulty that a reader returns to the mundane real life, realizing much to his/her dismay that Holmes’ world is only a figment of imagination of an equally towering intellect. A doctor famed world-over – Sir Arthur Conan Doyle.

Born in 1859 in Edinburgh, Scotland, Doyle was the offspring of Charles Doyle, an artist and Mary Foley, a well-educated woman. Unfortunately, Charles Doyle was an alcoholic, and the family had to suffer the consequences of his alcoholism. It was Mary Foley-Doyle who shielded her children from their father’s excesses by helping them escape into the imaginary world of stories. A born story-teller, her vivid descriptions of imaginary places, situations and people had a life-long influence on her son who would later remember her fondly for “obscuring the real facts of my life”.

Educated by the wealthier members of his family, Doyle was sent to boarding school in England where he was again subjected to many cruelties. This made him take deeper refuge in his world of imagination, rendering him popular amongst the younger students who adored the tales he made up to entertain them. What surprised everyone was his choice of career when he chose to pursue medicine from the University of Edinburgh, where he became great friends with Robert Louis Stevenson.

After captioning himself as ‘licensed to kill’ upon getting his degree, this versatile man worked on whaling and cargo ships as a ship’s doctor. But his heart followed the call of the pen rather than that of the patient. His first novel to gain recognition was ‘A Tangled Skein’ which he later revisited, calling the main characters Sherlock Holmes and Dr. John Watson and republishing it under the name of ‘A Study in Scarlet’.  This was the beginning of a lifetime of fame and public adulation. Very few know that Sherlock Holmes was based on one of Doyle’s real-life teachers: Dr. Joseph Bell. In fact, several of Holmes’ deductions were based on the ones Dr. Bell regularly performed during ward rounds.

But it was his novel ‘The Sign of Four’ that truly blurred the lines of fact and fiction for Holmes and immortalized him in the public psyche. Holmes became more of a household name in England rather than his creator, and hundreds of people visiting London made it a point to make a pilgrimage to Baker Street in search of 221 B. In his memoirs, Doyle remembers hurling his inky pen at the wall on completing The Sign of Four while crying, “I will never beat that!”

Stubbornly clinging to the idea of practising medicine, Doyle went to Vienna to specialize in ophthalmology. However, on returning, he found that it was his fictional sleuth who was responsible for his fame and not his surgery. Faced with the difficult choice of pursuing one of the two, he chose the former much to the relief of several of his fans, finally giving up his practice once and for all to concentrate on furthering Holmes’ career, rather than his own.

Now married and with a family, the man who, in his own rather poetic words, had discovered that “shillings may be earned in other ways than by filling phials” was also developing a keen interest in writing about the paranormal, the supernatural and several historical novels for which he hoped to be recognized as a serious author. Armed with a deal with the famous ‘The Strand Magazine’, he continued adventuring with Holmes.

Impulsive as ever, however, he decided to get rid of Sherlock Holmes during a trip to Switzerland, barely a couple of years after his success, plunging him to his death with his arch-nemesis Prof. Moriarty at the Reichenbach Falls in the scenic Swiss countryside. With Holmes successfully dispatched to the hereafter, Doyle believed himself to be free of his oppressive larger than life presence so that he could concentrate on what he liked best, writing historical fiction. The Strand Magazine almost died an ignominious death along with Sherlock Holmes because twenty thousand readers cancelled their subscriptions.

Following the illness of his wife and the death of his father, Doyle plunged more and more into spiritualism, joining the Society for Psychical Research, a public declaration of his interest in the occult. Following an enormously successful tour of the USA, he continued to write prolifically, but none of his subsequent characters gained the status of Sherlock Holmes.

Volunteering as a doctor in the Boer War, he not only saved several lives, but also wrote a five-hundred-page chronicle called ‘The Great Boer War’ which was a compelling commentary on the organizational shortcomings of the war. Trying and failing at politics, he finally resurrected Holmes following a prolonged stay in Devonshire in England. Thousands of fans in general, and the publishers of The Strand Magazine in particular breathed a sigh of relief at the return of the beloved detective. Knighted ostentatiously in 1901, for his writings on the Boer War, it was said that King Edward VII was a great fan of Sherlock Holmes and knighted Doyle to encourage him to keep Holmes’ adventures going.

There have been a couple of instances wherein Doyle was called upon to play Holmes in real life: first, when a man with poor eyesight was accused of slashing cattle and horses. Putting his training in Vienna to good use, Doyle was able to prove the ‘grave miscarriage of justice’ to Scotland Yard, the investigating royal police, akin to Holmes often getting the better of Lestrade, the bumbling police officer of fiction.

In a famous dramatization of the Holmes short story ‘The Speckled Band’, much to the consternation of the actors, he insisted on using a live snake in the production because the story called for one, though he later admitted it to be folly.

Although not widely acknowledged, Doyle laid the foundation of writing ‘Sci-Fi’ as we know it today. Creating a ‘boy’s book’ with a delightful character called Professor Challenger, the complete antithesis of the eccentric Holmes, he wrote about mythical lands in South America with prehistoric flora and fauna from which later authors of the genre ‘borrowed’ without any second thoughts. His genius however stretched into realms other than writing. Before the outbreak of the first World War, he not only foresaw the coming of ‘ the submarine and the airship’, but also predicted a naval blockade long before anyone in the British Navy. His idea of a tunnel through the English Channel dismissed as a ‘Jules Verne fantasy’ has, today, become a reality.

The War was cruel to him as he lost his beloved eldest son, brother, nephews, and brothers-in-law. As a result, Sherlock Holmes reappeared in ‘His Last Bow’ to infiltrate a ring of German spies. Following the death of his son, he became more and more interested in researching and writing about the occult and spiritualism, taking very little interest in fiction. It was the characters of Professor Challenger and, of course, Holmes who saved him from penury by reappearing in ‘The Land of Mist’ and ‘The Casebook of Sherlock Holmes’.

Diagnosed with angina, Doyle still continued to write on spiritualism and went on ‘psychic tours’ until his death on 7th July 1930. The life of this eccentric doctor encompassed many diverse fields. His forays into every path that life led him onto was met with great enthusiasm, for in his own words, “Education never ends. It is a series of lessons, with the greatest for the last”.

Sir Arthur Conan Doyle did not let an empty surgery faze him. He put a sleuth in it instead. 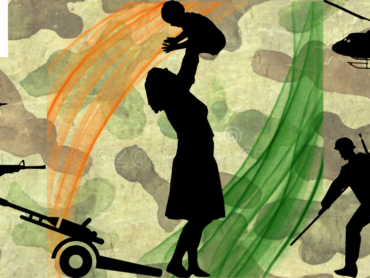 A long time ago, our class was asked what we would want to be when we grew up. I was only 10 years old when I. Continue reading