Our environment has gone through massive noticeable changes in the past few years. The condition has worsened in the present, and people say the worst of all is yet to come. Many filmmakers have stepped up to create awareness about these changes among people through eye-opening, shocking, emotional and heart-wrenching documentaries and narrative films. Since environmental changes are a global issue, I thought of picking up one film from every continent that highlights different problems prevalent there. The point is to recognise that, even though these changes are happening in some corner of the world, it still affects the world as a whole. It may not be so obvious and direct, but it is impacting us, every day. Therefore, being conscious of our choices is so crucial today as they may have an impact elsewhere in the world. 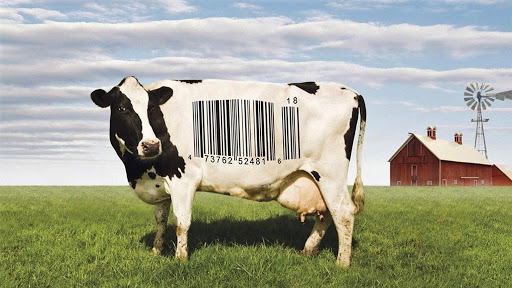 Food is one of the most crucial sources of energy for all living beings. We human beings have learnt and mastered the art of producing food in sufficient quantities to satiate the hunger of our ever-increasing population. In doing so, the compromises made to increase food production has led to messing with nature. This is the theme of Food, Inc., a documentary concerning the food industry in the USA.

It has taken the subject in a very systematic way, covering all the aspects of non-vegetarian and vegetarian foods. The documentary is an eye-opener and reveals how the food industry manipulates the political and social system for its selfish means. They produce so-called ‘engineered food’ that exposes the US citizens to lifestyle diseases and life-threatening situations such as exposure to E.Coli and Salmonella.

South America: Guardians of the Amazon (2020) 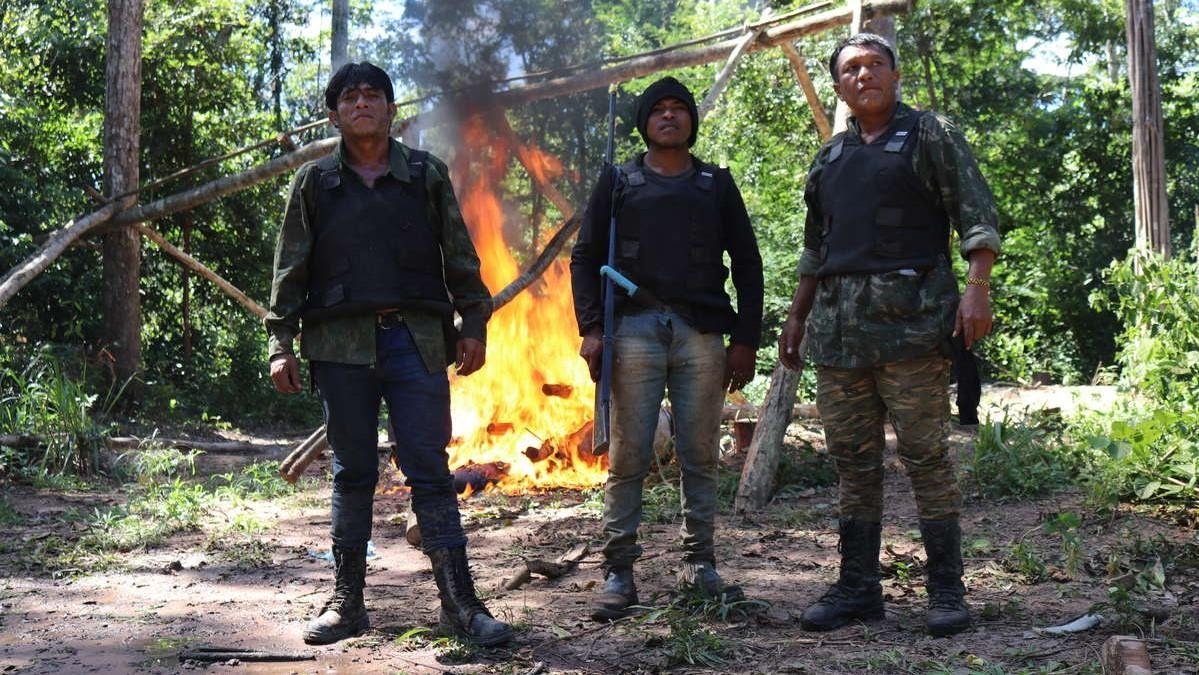 The Amazon rainforest, also known as Amazonia, is the world’s largest tropical rainforest and home to over 3 million species. This vast thicket is rapidly diminishing due to illegal logging for selfish, commercial purposes. But mind you, not every human is selfish and thoughtless. The film Guardians of the Amazon, tells the story of the Guajajara, the indigenous inhabitants of the forest, who are on a mission to capture invaders wreaking havoc on their land.

It is humbling to see how much they respect and love the land that fulfils all their needs. They are ready to go to any extent, however perilous it may be, to save their homeland, making them ‘Guardians of the Amazon’ in the true sense. To know if they succeed in their mission, watch the documentary available on YouTube.

Amazon needs more Guardians, for this enormous forest’s destruction will shake up the entire world. It’s time to do your bit! 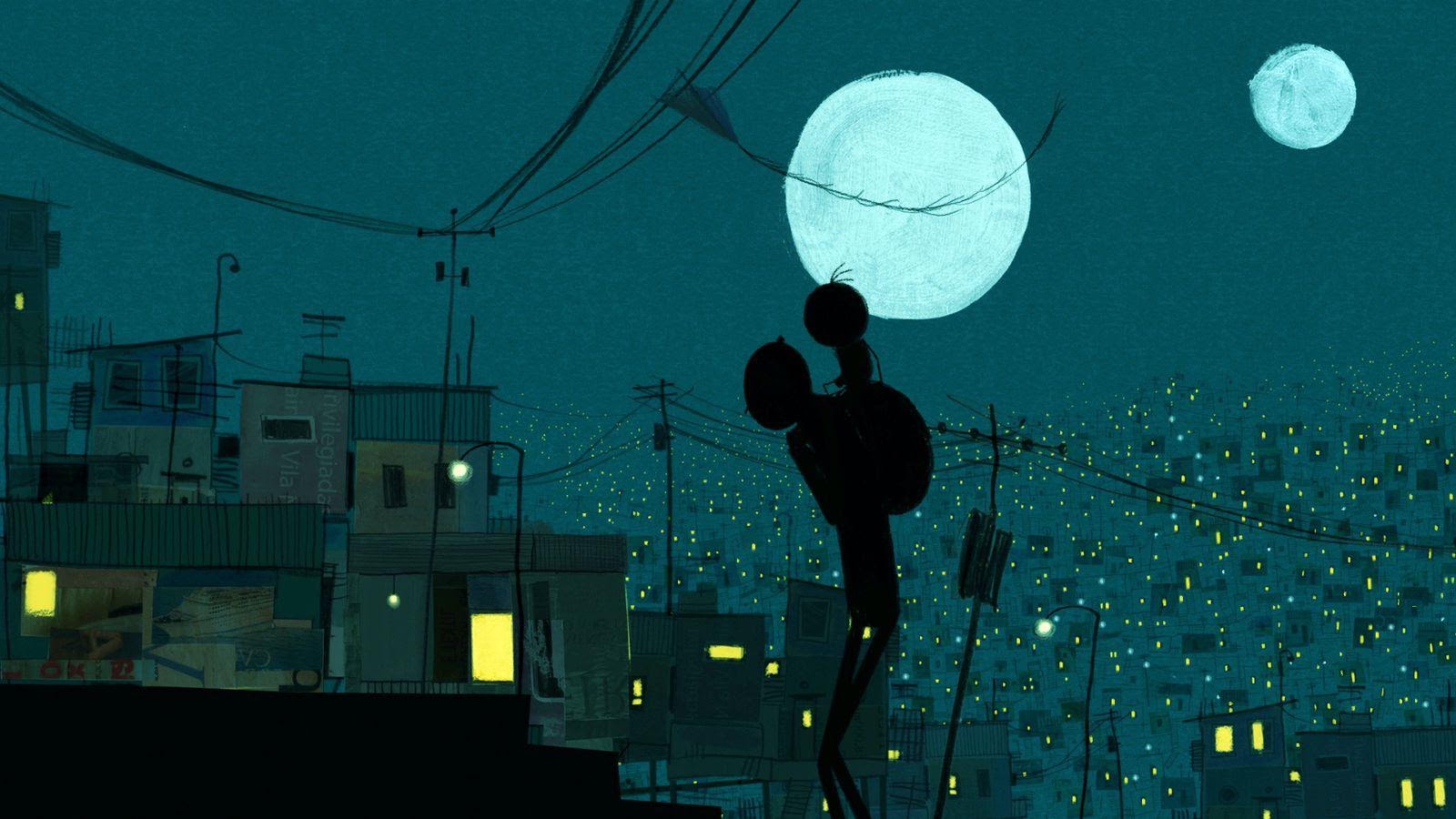 Don’t mistake ‘Boy and the World’ to be a mere childrens’ film. The utterly beautiful and colourful visuals with a catchy background score create a spectacular audio-visual experience. But it’s not limited to that. It touches upon the subject of industrialisation and capitalisation through the eyes of a child who has gone to the city in search of his father.

The movie is a wonderfully nuanced one as it touches upon various topics. It shows two contrasting worlds and what has been happening in the name of development. What sets this movie apart is that it is not preachy in any way and the choice of showing it from the child’s perspective retains the innocence. It is a must-watch no matter your age! 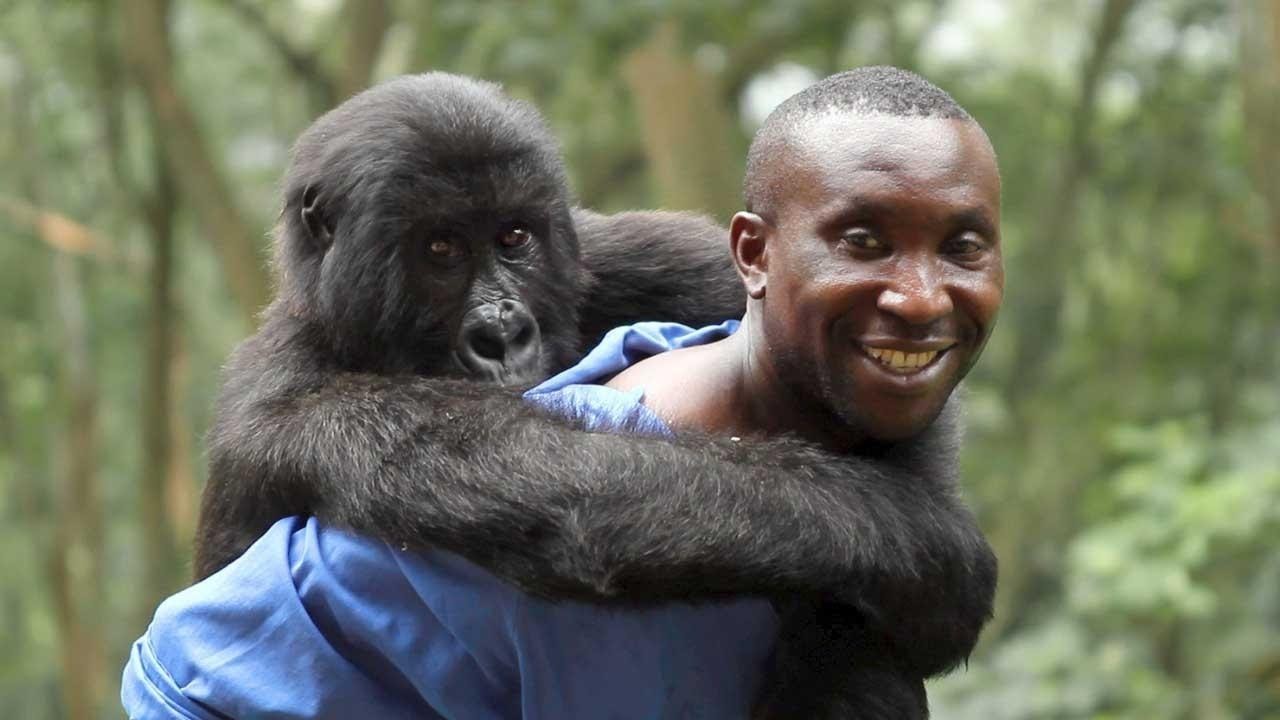 Virunga is a story of a group of brave people attempting to save the planet’s last remaining gorillas in Virunga National Park. They are going extinct due to habitat loss, deforestation, and logging for commercial and selfish human purposes. It’s real, it’s eye-opening, it’s gripping, it’s courageous. Watch how a small team fights against evil such as armed militia, poachers and the dark forces to protect the species that has been marked as endangered as well as control Congo’s rich natural resources.

You know the drill! Do your bit! 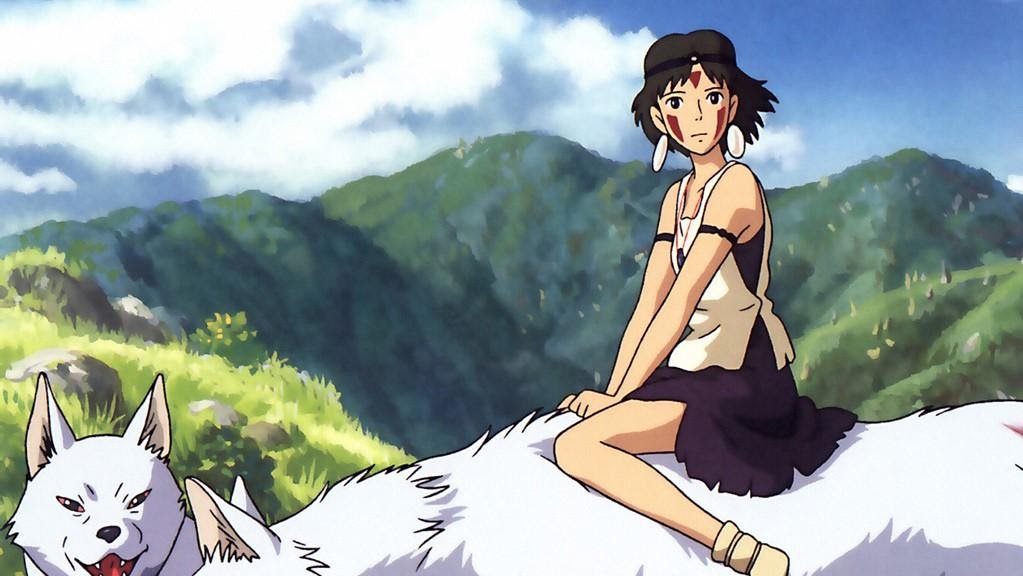 Princess Mononoke is a Japanese animation film from Studio Ghibli. It is set in fictional medieval Japan, with beautifully illustrated watercolour landscapes. The film centres on the conflict between an industrial iron-ore mining village and the guardian spirit creatures of the forest who are affected by the mining. A prince from a faraway land is dragged into the battle by a curse of a nature spirit. An epic battle follows between the nature spirits and the village with their destructive weapons and technology. Who wins the war? The answer is more complex than we think. 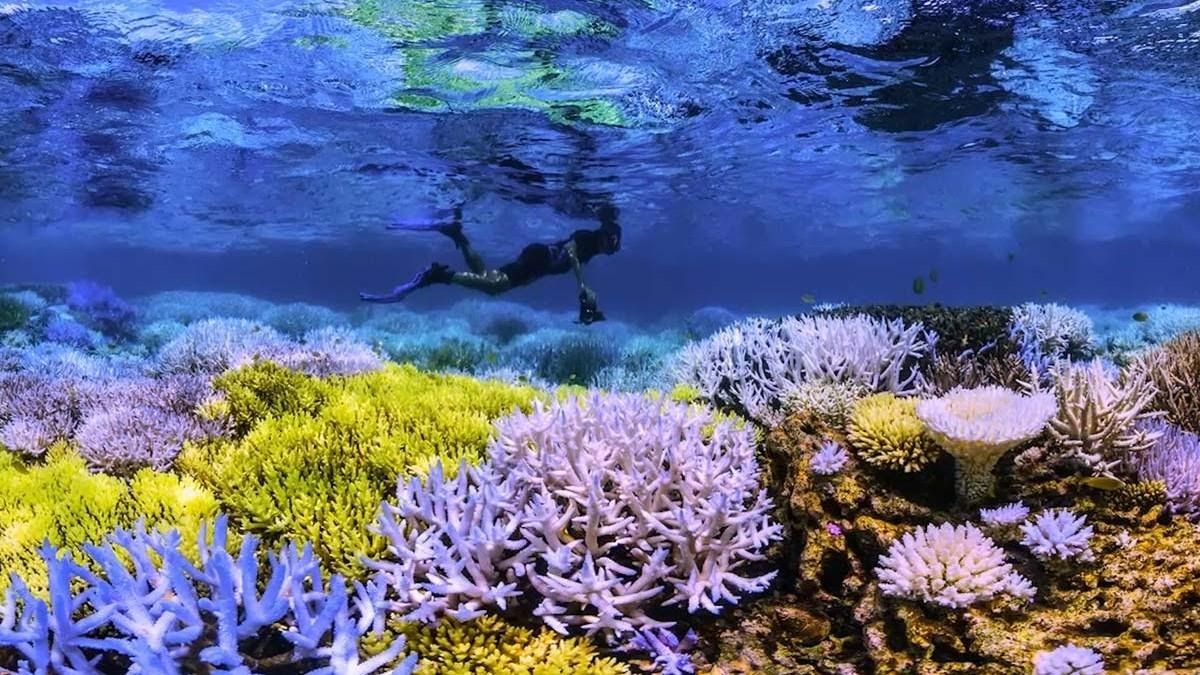 The Earth comprises 75% water, yet most of us are oblivious to what is happening underwater. Our actions on land have an equal or greater effect on the underwater world. If you are wondering how you need to watch ‘Chasing Coral’, wherein a group of passionate photographers, scientists and divers go on a one-of-a-kind mission to document the death of coral reefs around the world.

A major part of the film focuses on the Great Barrier Reef, the world’s largest coral reef system on the coast of Australia. The film takes us on a beautiful yet eye-opening, emotional journey – from understanding and discovering corals and their importance to the mass bleaching happening that ultimately renders these corals dead. Losing corals is compared to losing trees; an entire ecosystem is dying and the ones not yet dead are at stake.

The strength of this film is the involvement of intellectual photographers who decided to capture time-lapses of the corals, something that was probably attempted for the first time.

Check out the documentation: https://earth.app.goo.gl/6nHLur

While I was researching films based on coral reefs, I also came across an interesting project by Sir David Attenborough.

Check it out here: https://attenboroughsreef.com/ 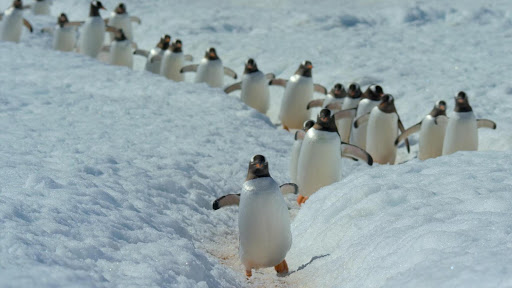 No area on Earth is spared by environmental changes – not even the poles! The warming world has escalated the ice melting to a great extent. Humans may not be residents of Antarctica, but so many other animals such as polar bears, walruses, seals, penguins call it their home, and therefore, are affected by the changes occurring on their land.

If nothing, it has at least woken up some people and inspired a technological revolution to develop solutions to stop global warming. Indulge in a beautiful adventure with white landscapes and meet animals you perhaps would never see in person with Sir David Attenborough’s mesmerising narration.

Learn how you can take action and save the planet! It all matters!

We may all feel that our efforts don’t matter because we are only a mere speck of dust on this planet. However, due to this thinking, we are hindering ourselves from making progress. We can lead by example and do what we can to save the planet that has given so much to us. With every small conscious change in our lives, we will make a significant positive difference to this world.

Emerging From the Environment

Environmental Impact of Our Food Choices 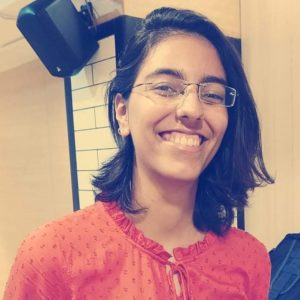 Vaibhavi Kodnani is a versatile writer with medical and lifestyle articles in her portfolio. She also runs a blog named 'Let's Take A Stroll', where she writes about anecdotes and thoughts from daily life. On the side, she watches films and practices screenwriting and photography with the hope to make films someday!