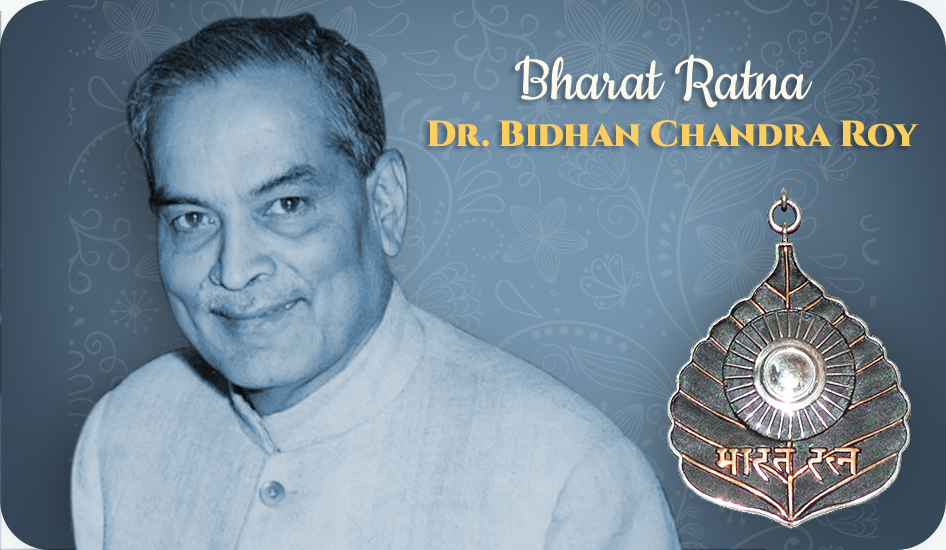 1)  India’s NATIONAL DOCTORS’ DAY on 1 July honors Bharat Ratna Dr Bidhan Chandra Roy, a renowned physician and West Bengal’s 2nd CM, whose birthday and death anniversary fall on the same day. He was born on 1 July 1882 to a Bengali Kayastha (Hindu) family in Bankipore in Patna.

2) His father, Prakash Chandra Roy, was an excise inspector, who was a descendant of Maharaja Pradapaditya, the rebel Hindu king of Jessore (now Jashore District in Bangladesh). He was one of the most powerful Zamindars of Bengal, before being crushed by the Mughals. However, he did not inherit much wealth from his ancestors. His mother, Aghorkamini Devi, was a social worker. He was the youngest of 5 siblings.

Bidhan’s father earned a moderate salary for most part of Bidhan’s childhood, but they supported the education of their children and a few  orphans. The spirit of ‘give and take’ was inculcated in Bidhan and he was taught and encouraged to give away what was precious to them, freely and willingly.

4) Life at Calcutta Medical College was very difficult.  He had to earn enough money to support himself as his father was no longer in service. He earned scholarships to bear the cost of his studies.

An inscription at St Calcutta Medical College “Whatever thy hands findeth to do, do it with thy might.” became a lifelong source of inspiration for him.

6. NEVER TO GIVE  UP ATTITUDE

Bidhan left for Britain in 1909 with Rs. 1200 to enroll in St. Bartholomew’s Hospital. The dean was reluctant to accept an Asian student and rejected Bidhan’s application. Bidhan reapplied and was repeatedly rejected. But “Whatever thy hands findeth to do, do it with thy might”, isn’t it? It was on his 30th admission application that Bidhan was admitted!

7) RAREST OF THE RARE FEAT

He joined the Provincial Health Service and would even serve as a nurse when necessary. In his free time, he practiced privately, charging a nominal fee.

8) SERVING AS VICE CHANCELLOR OF CALCUTTA

During WW II in 1942, Rangoon fell to Japanese bombing and caused an exodus from Calcutta as it feared a Japanese invasion. As VC, Bidhan acquired air-raid shelters for schools and college students to continue their classes and provided relief for students, teachers and employees. He was conferred the Doctorate of Science in 1944 for his efforts.

Bidhan felt the youth must not take part in strikes and fasts but should study and commit themselves to social work, as the youth of India would determine its future.

Bidhan began his political career in 1925. He ran as an independent candidate for Bengal Legislative Council elections from Barrackpore  and defeated the “Grand Old Man of Bengal,” Surendranath (called ‘Surrender-Not’) Banerjee.

Though an independent, he voted with Swaraj Party (Parliamentary wing of the Congress). 3 years later, he was elected to All India Congress Committee. He efficiently conducted the Civil Disobedience in Bengal in 1929 as Subhas was in and out of jail.  Thus he was nominated as Member of Working Committee (CWC) in 1930. However, the CWC was declared an unlawful assembly and Dr. Roy and others were detained at Alipore Central Jail.

When he joined Gandhi’s Civil Disobedience movement, he soon became his friend and personal physician. When Gandhi fasted in Parnakutivin, Poona in 1933, he refused to take medicine on the grounds it was not swadeshi.  “Why should I take your treatment? Do you treat 400 million of my countrymen free?” he asked Dr. Roy.

Dr. Roy replied, “No, I could not treat all patients free. But I came not to treat Mohandas Gandhi, but to treat “him” who to me represents the 400 million people of my country.” Gandhi said in jest, “You are arguing like a third-class lawyer in a mofussil (district) court,” and eventually relented.

Dr B C Roy with Gandhi

12). He succeeded Subhas Chandra Bose in 1931 as Mayor of Calcutta for 1931-33. That time, he expanded free education, free medical aid, better roads, improved lighting and water supply. He set up a framework for dispensing grant-in-aid to hospitals and charitable dispensaries.

Dr B C Roy with Nehru and Subhas Chandra Bose

14) A year later, the Congress proposed his name for Chief Minister of Bengal even though he wanted to devote himself to his profession. When Gandhi coaxed him, he accepted and took office as second Chief Minister of West Bengal in 1948.

Dr Roy kept his practice alive and took care to cultivate the image of a legendary doctor too. He quoted, “Poor are my patients and God pays for them!”

He was Nehru’s trusted consultant on politics and health. He called PM Nehru with his first name,  ‘Jawahar’. The Washington Times-Herald in 1962 quoted, “Roy is tall enough to ask Nehru to obey medical orders.” Roy was one of the very few who had unhindered access to Nehru’s private chambers at Teen Murti Bhavan (Nehru’s official residence).

On 1 July 1962, his 80th birthday, after treating his morning patients and discharging affairs of the State, he took a copy of “Brahmo Geet” and sang a piece from it. 11 hours later he died.

Nehru gave a tearful homage to Roy. He famously said: “Bidhan Roy was a tall man, much taller than me.” He served as CM until his death on 1 July 1962, dying on the same date on which he was born.

After his death, he willed his house as a nursing home after his mother, Aghorkamini Devi. He had also formed a trust for his properties at Patna to carry out social services.

18) AN INSTITUTION UNTO HIMSELF

He was instrumental in setting up Indian Medical Association in 1928 & Medical Council of India, of which he was the first president, between 1939 and 1945.

It was his belief that ONLY A HEALTHY PERSON, STRONG in BOTH MIND and BODY, could ever hope to achieve India’s Swaraj.

In its obituary, the British Medical Journal described Dr. Roy as the “first medical consultant in the subcontinent of India, who towered over his contemporaries in several fields. At his professional zenith he may have had the largest consulting practice in the world, news of his visit to a city or even railway station bringing forth hordes of would-be patients.”

20) He is considered one of the greatest chief ministers for not only handling the partition of Bengal 1947 and restoring law and order within 3 years, but also for the significant industrial development that he initiated. He set up the Durgapur Steel Plant and the Asansol-Durgapur-Ranigunj belt was called the Ruhr of India.

He FOUNDED the cities Bidhannagar (Salt Lake City) of North 24 Parganas in Greater Kolkata region – the most populated district in the whole of India – and the planned city of Kalyani (previously “Roosevelt Nagar”), and Ashok Nagar- Habra urban settlement for refugees.

22) BC Roy was also a journalist and was the founding chairman of the United Press of India.

23) The B.C. Roy National Award was instituted in 1962 and has been awarded annually since 1976, recognizing excellent contributions in the areas of medicine, politics, science, philosophy, literature and arts.

Unfortunately, Chatterjee suffered from a serious illness and the doctor advised him not to attend office for more than 3 hours at a stretch. Chatterjee requested Dr Roy for early retirement. Instead,  Dr BC Roy created the post of secretary to the chief minister and cabinet secretary specially for him with the rank of chief secretary which was due to him and so arranged that he could attend office in two stages every day, with a gap for rest in the middle of the day. Such consideration could be shown only by a person with a large heart!

25) AN EXAMPLE OF TRUE STATESMAN

Another incident highlights his greatness. In those days, a  legal Remembrance had to remain present throughout to tender his views on any legal problem. During one such meeting, a proposal that was dear to Dr Roy was to be passed. But K Hazra, the legal Remembrance, who was an outstanding civil servant of merit in legal matters, raised an objection. Dr Roy flared up and the proposal was deferred for the time being. Same afternoon, Hazra came to Mr Chatterjee  and submitted his letter of resignation from service. Chatterjee immediately rushed to Dr Roy.

After office, Dr Roy’s convoy went to the residence of K Hazra who came downstairs as soon as he heard that the CM had come.  Dr Roy told Hazra: “I am like your elder brother, can’t I shout at you? Anyway, please take back your resignation letter. Your opinion will prevail.”

Everyone was overwhelmed by this magnanimous gesture of Dr B C Roy.

WHICH CHIEF MINISTER WILL GO to THE RESIDENCE OF a CIVIL SERVANT TODAY to RECTIFY HIS MISTAKE?

Finding new joys in my life … 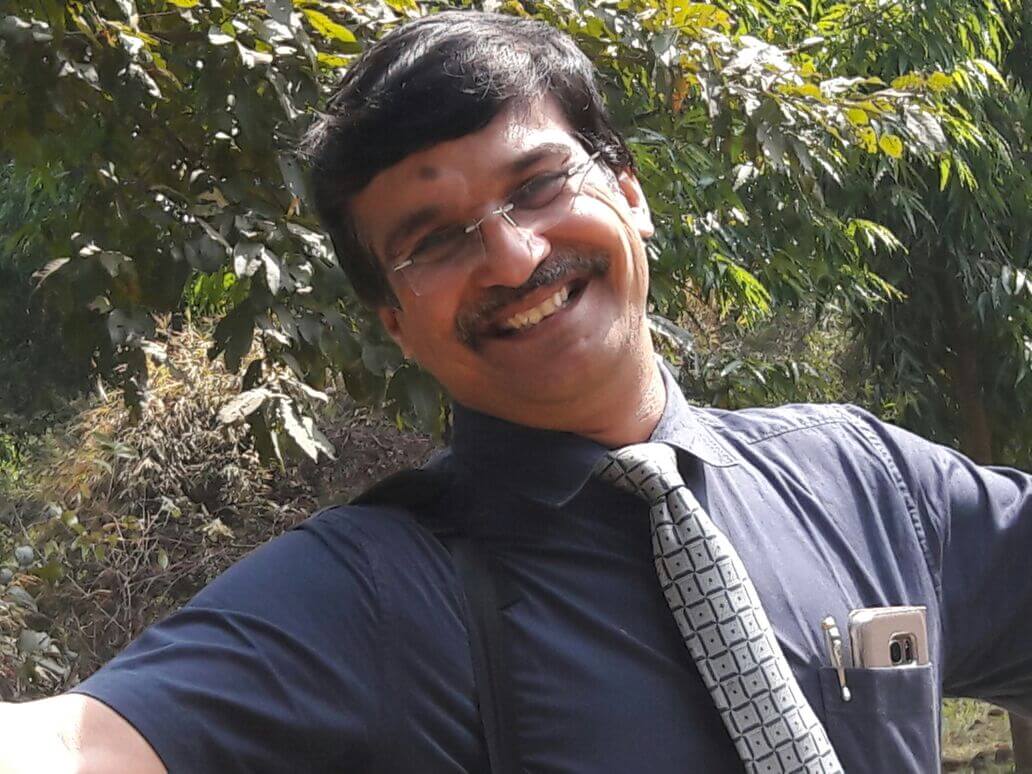 Dr LUCKY S KASAT is a CONSULTANT PEDIATRIC SURGEON since 21 years in Thane; a renowned MOTIVATIONAL SPEAKER with > 1,280 talks with 170 standing ovations; a CORPORATE TRAINER (>17 companies); a "A GRADE" CERTIFIED in ANCIENT INDIAN ARCHITECTURE (esp Temples); an ANTI DRUGS Campaigner (> 25 seminars); an ONOMASTOLOGIST (specialized in study of ORIGIN of names); a THEME EVENT organizer (> 100); an EDITOR; a HIMALAYAN TREKKER; a Playscript writer (> 10 scripts); a serious PHILATELIST (unique stamp collector); a VIPASSANA practitioner; an ARDENT OSHO LOVER; a major CINEPELIA (studied > 250 cinemas) and an active ROTARIAN.